2023 WNBA Free Agency: Who the Mystics can target in a loaded class

In an important offseason for the Mystics, there will be new faces on the roster when the team suits up for the first time and begins its quest for a second championship. Here are some logical targets.
Listen now to WTOP News WTOP.com | Alexa | Google Home | WTOP App | 103.5 FM

Five players are under contract for the Washington Mystics when the 2023 WNBA Free Agency period begins later this month. That means there will be new faces on the roster when the team suits up for the first time and begins its quest for a second championship.

One will surely be the team’s upcoming No. 4 selection in the 2023 WNBA Draft. There will also likely be some players re-signing from last year’s team. The rest, though, will come from one of the most talented free agency classes to date.

It is an important offseason for Washington as an organization. Since the 2019 WNBA title, the Mystics have yet to record a playoff victory, which included missing the postseason field altogether in 2021. There’s a change, although, very slight, in leadership when Mike Thibault retired as head coach. Their top three players, Elena Delle Donne, Natasha Cloud and Ariel Atkins, are each entering the final year of their current deals.

That could signal a major change soon if the Mystics are unable to find progress during the upcoming season. Or, at the very least, it could also mean that the franchise will not be able to afford to re-sign all three.

Goals appear to be clear from the outside this offseason. Washington needs help on the offensive side of the ball, but at the same time, they want to retain their identity as the No. 1 defensive team in the WNBA.

“New” coach Eric Thibault takes the reigns this year, while his dad Mike is now exclusively the team’s general manager. That should be enough to keep the ship pointed in the same direction as a year ago, however, that’s not to say either of the Thibaults might want to tinker with the makeup of the team. Already, they’ve both hinted at tweaking the offense.

Cap-wise, the Mystics are stable. They really don’t have the space to go sign the biggest fish in the free agency sea (Breanna Stewart), but the organization can afford to spend in the next tier of players who aren’t looking for maximum contracts. Adding in Myisha Hines-Allen and Shakira Austin from the above group, there’s $572,466 left in cap space.

The No. 4 pick offers some flexibility; assuming that selection is signed that leaves $498,161 in space for five to six players. That financial commitment could be spread evenly to bolster the team’s depth or the team could sign a big free agent and then sign the remaining of the roster to minimum deals.

For instance, last season there were four roster spots (not including Austin who is on a rookie-scale contract) dedicated to the minimum player salary.

That strategy again could leave Washington with over $200,000, just shy of the max contract that could be offered to one big free agent.

Ahead of signing day on Feb. 1, here are some options that Mystics can target.

At this point in Alysha Clark’s career, the top defensive team designation seems to follow her wherever she goes. That appeared to be the plan two years ago when the Mystics signed her to a two-year deal averaging $183,000 per season. She did not play the first year due to a Lisfranc injury. This year, however, she provided a huge boost on the defensive side.

How much she took a step back offensively might be where there is skepticism. But if she gets her shooting averages to where they were pre-injury (55.8% FG and 52.2% 3FG in 2020) then it’s a no-brainer to try and keep her.

This late in her career, she might be looking for a multi-year contract. That could give Washington the chance to sign her at or below their last agreement.

Let’s get this clear, it’s an either-or scenario to bring back Meesseman. The capital it would take to sign the 2019 WNBA Finals MVP would eliminate Washington from signing a second notable free agent on this or any other list.

Last year she signed a one-year deal with Chicago (her first outside the Mystics organization) where they paid her $185,000. She would provide the spark of offense Washington needs and also would continue to support their defensive prowess.

Could a reunion be in the works? It’s possible. Keep in mind she’s not too keen on the WNBA’s prioritization rule so who knows what 2023 looks like for the Belgian star.

Mabrey is coming off the biggest year of her career where she put up career-highs in points (13.6), assists (3.7) and field goal attempts (12.5) while being named a full-time starter for the first time in her career. She’s best described as a combo guard who could run the offense at times but is a big-time shooter on the perimeter.

If Washington brings back Rui Machida, who Washington has reserve rights to, then Mabrey would be great to have a part of the second unit. One would expect her to be the top player off the bench, filling in for either Cloud or Atkins.

A year ago Washington had the third-worst field goal percentage (33.8%) in the league. Mabrey’s career average of 34.8% should give that a notable boost.

What might prevent her from signing in D.C. is the market. There are few free agent guards out there and many are expecting Diana Taurasi to re-sign in Phoenix. If her price tag goes up, it’s reasonable to think the Mystics don’t want to pay her near-max money.

Looking back to the 2018 and 2019 Mystics, Mike Thibault tried to keep things as similar as possible – with the noted addition of Meesseman coming back from overseas. Pretty much all rotation pieces came back. There were several times this year where the eldest Thibault drew parallels to this year and the 2018 one. Who knows how much closer the team is to the Finals if Delle Donne and Clark were available for every game.

Washington will need a back-up center behind Austin. Already Williams indicated last year that she took a paycut to come contend with the Mystics. A re-signing at around what she agreed to last offseason ($90,000) makese sense if both parties want it to happen. Plus, Washington then could afford to make another splash. 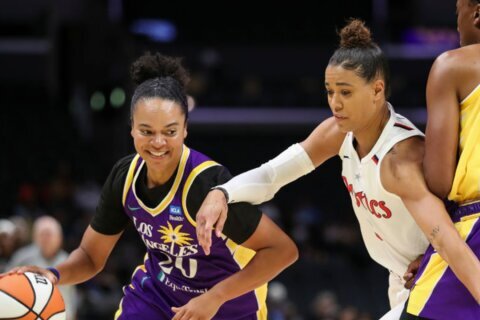 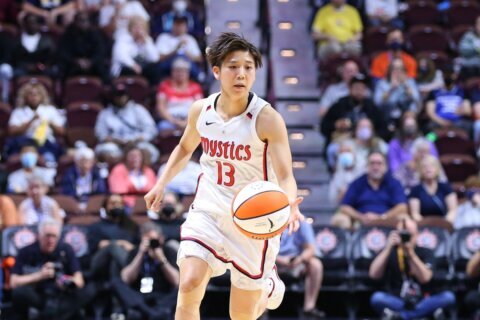 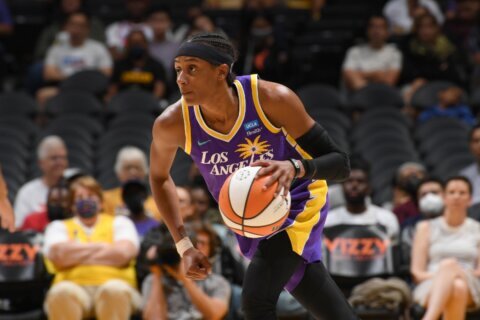