Mike Thibault is retiring as head coach of the Washington Mystics, the team announced on Tuesday. Thibault will maintain his role as general manager and decision-maker as his son Eric Thibault will take over as head coach.
Listen now to WTOP News WTOP.com | Alexa | Google Home | WTOP App | 103.5 FM

“I am proud to have been the head coach of the Washington Mystics the past 10 years,” Mike Thibault said in a statement. “I feel like it is time to turn this team over to Eric and his coaching staff on the court. He is ready and prepared for it. I am looking forward to my continued role as GM.”

Mike, 72, steps down as the winningest coach in WNBA history. He amassed 379 victories in his career, 173 of them coming in D.C. His mark will be left on not only the Mystics organization but the Connecticut Sun as well, leading them to several deep playoff appearances. He’s accumulated three WNBA Coach of the Year awards and made the playoffs in 16 of his 20 seasons.

The one accomplishment, despiting winning 56.7% of his games, that eluded Thibault for over 15 years was a championship. That finally came together in 2019 with a historic championship squad.

“When we first hired Mike 10 years ago, we assigned him a large task: to make the Washington Mystics relevant in the WNBA, and he more than delivered. In the last decade, we won a championship and have been a perennial playoff team while appearing in back-to-back WNBA Finals,” Monumental Sports & Entertainment Founder and CEO Ted Leonsis said in a release. “We have had some of the best players in the world wear the Mystics uniform. Mike was able to bring a once-in-a-generation talent in Elena Delle Donne to our team.

“His talent evaluation and player development acumen are unmatched from selecting Natasha Cloud and Emma Meesseman in the second round to adding Ariel Atkins and Shakira Austin to the Mystics roster. We are thrilled that he will continue to lend his expertise to our basketball operations as general manager and look forward to continued success for the Mystics.”

The eldest Thibault has served as the Mystics’ general manager, in addition to coaching, since he became the head coach before the 2013 season.

Eric, 35, elevates to the top coaching job after being the top assistant on the bench for several seasons. It will be his first head coaching job ever. He’s been on the D.C. staff since Mike was hired 10 years ago.

For years, there’s been a succession plan in place in this very scenario for when Mike was to retire. That did not stop other WNBA teams from inquiring, and even offering, Eric a head coaching job.

Earlier this season, Eric spoke with NBC Sports Washington about the succession plan and being around high-level basketball his entire life.

Eric has filled in on more than one occasion for Mike on the bench due to COVID-19, and for other reasons. He coached his first unofficial win this May against the Dream.

“Eric is a young talent that we have seen develop the last 10 years. In the last four years, he has assumed more responsibilities and has been an instrumental voice in the success of our team,” said Leonsis. “From winning the championship in 2019 to helping us navigate the last two years of a pandemic, Eric knows our roster and we are looking forward to his success as our next coach.”

There were several other organizational moves following this announcement. Assistant general manager Maria Giovannetti will continue to hold her current role and will also be the senior vice president of strategy and vision.

Championship-winning forward LaToya Sanders will return to the Mystics’ bench as associate head coach. She has been an assistant for two seasons following her player retirement.

“I will be forever grateful to Ted Leonsis, Sheila Johnson, and the Monumental ownership group for the support and resources they have given us to succeed, as well as the lifetime friendships that we have formed. I have been blessed to have worked with so many great players here in D.C. and throughout my career, and I’m excited to still be around the wonderful core group we have returning this coming season,” Mike Thibault said.

“A special thanks to the wonderful staff we have had throughout our time here – I couldn’t ask for better teammates in this journey. I have had so many great mentors and met so many unbelievable people because of the game of basketball – thanks to all of them. Thanks also to our great fans who believed in us when we promised them a championship after all the years of waiting.” 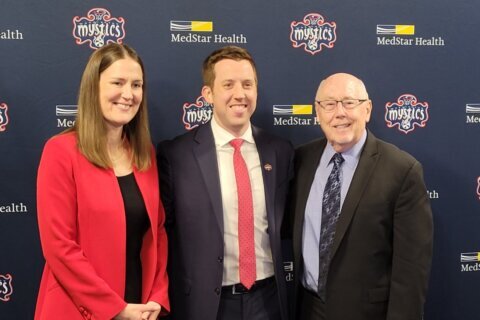 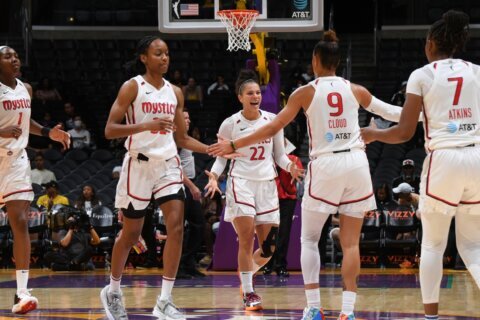 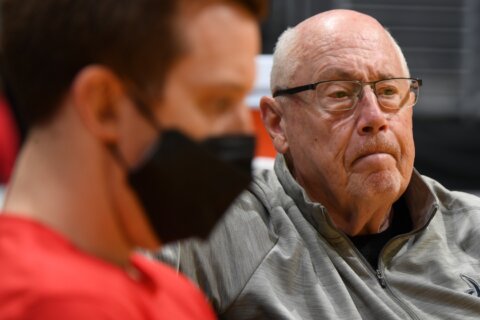