MINNEAPOLIS (AP) — Natasha Cloud scored all 19 of her points in the first half, Shakira Austin had a double-double…
Listen now to WTOP News WTOP.com | Alexa | Google Home | WTOP App | 103.5 FM

MINNEAPOLIS (AP) — Natasha Cloud scored all 19 of her points in the first half, Shakira Austin had a double-double in her first career start and the Washington Mystics beat the Minnesota Lynx 78-66 on Sunday night.

Wilson had 20 points, 15 rebounds and five blocks, while Hamby added 10 points and 19 rebounds. Plum scored 10 of her 18 points in the first four minutes of the final quarter. Her 3-pointer with 8:48 remaining in the game gave Las Vegas (2-0) a 64-61 lead, and the Aces never trailed again.

Breanna Stewart had 21 points and eight rebounds for the Storm (1-1). Jewell Loyd added 19 points and Epiphanny Prince came off the bench to score 11 points in 10 minutes.

INDIANAPOLIS (AP) — Liz Cambage had 22 points on 8-of-11 shooting and 11 rebounds and Brittney Sykes added 17 points and five steals to lead Los Angeles past Indiana.

Nneka Ogwumike had 13 points, eight rebounds and three steals for Los Angeles (2-0), which won its first two games for the first time since 2018. Chennedy Carter had 12 points, five assists and two blocks, and Jordin Canada finished with 10 points and five assists.

Destanni Henderson, the No. 20 overall selection in last month’s draft, scored a season-high 19 points for Indiana (0-2). Kelsey Mitchell had 15 points and seven assists, NaLyssa Smith had 13 points and nine rebounds and Alanna Smith finished with 10 points. 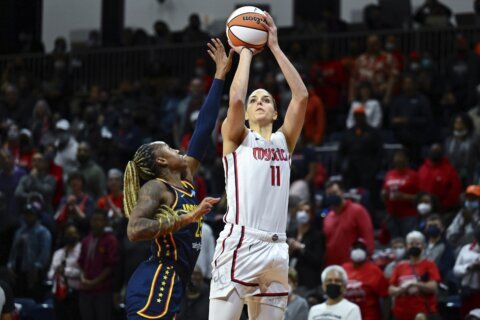 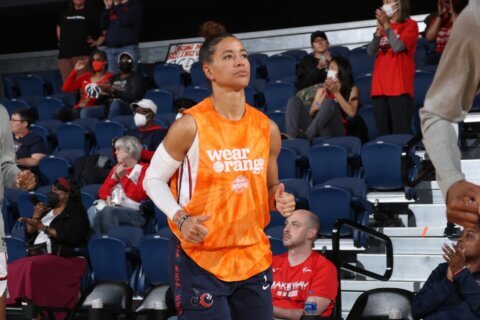