Sun move to 6-1 with win over Mystics

UNCASVILLE, Conn. (AP) — Jonquel Jones had 20 points, 12 rebounds and five assists, and the Connecticut Sun held off the Washington Mystics for an 86-81 win on Friday night.

It was Jones’ sixth straight double-double for the Sun (6-1). She had 26 points and eight rebounds in the season opener.

EVERETT, Wash. (AP) — Breanna Stewart had 15 points and eight rebounds and the Storm cruised to a win over the Lynx.

The Storm made their first six shots to open the game with a 15-2 lead. The Lynx (0-4) tied it at 29 early in the second, but Seattle outscored Minnesota 29-6 over the rest of the quarter to pull away for good.

A’ja Wilson scored 23 points, Riquna Williams 18, Liz Cambage 12 and Jackie Young 10 for Las Vegas. The Aces’ 113 points tops the previous franchise record of 108 reached on June 18, 2010 when they were in San Antonio playing as the Silver Stars.

Kelsey Mitchell’s opening basket of the game marked Indiana’s only lead of the night. Ji-Su Park’s short bucket made it 21-9 in favor of Las Vegas (4-2) and the Aces ended the first quarter ahead 30-13.

Up 59-47 at halftime, the Aces tightened their defense and held Indiana to 11 points in the third quarter after surrendering 34 in the second quarter.

The Sparks (1-2) led 38-33 at halftime and sealed the game after the break outscoring Chicago 23-10 in the third quarter. The Sky (2-3) set a franchise-high committing 27 turnovers.

Wheeler’s jumper with 7:53 remaining in the third began a 14-0 run in which she scored six of the points and Los Angeles led by double digits the rest of the way. Brittney Sykes added 11 points for the Sparks. 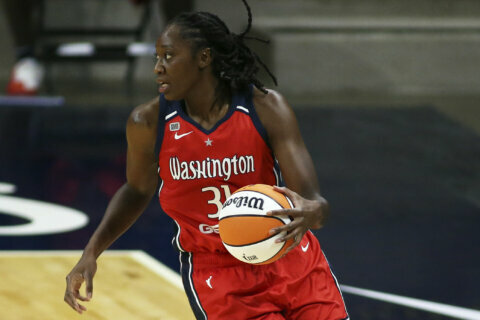 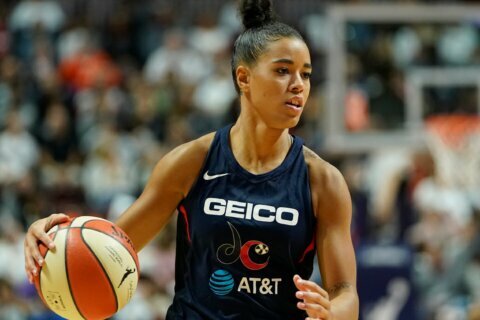