It took Mike Thibault 17 seasons as a WNBA head coach to win his first championship. He is now waiting to defend it.

The Washington Mystics were supposed to raise their championship banner before their season opener last weekend. Now, it’s anyone’s guess as to when that will take place.

With the season on hold, Thibault is keeping it all in perspective.

“It’s an understanding of where we are in the world as a whole. Everybody would love to be playing, but I’d like to see a lot of people healthy and would like to see the general population go back to work. We play a kids game, we get paid, it’s our job, it’s our profession, but we’re also entertainment and I think we’ve all seen sitting at home how much we miss entertainment, too. You know, there’s frustration, but there’s an understanding that there’s a lot bigger picture and our place in it is what it is.”

When the season does start, Thibault isn’t sure how long it will be and in what form it will take. He said the WNBA is considering multiple possibilities.

“In D.C. we have a stay-at-home order till June 8, and I think every city across the league has different standards, so the league is trying to find a way to take all of that into account.”

The WNBA built a five-week break into its schedule for the Tokyo Olympics. However, with the summer games now postponed until next year, the WNBA could use that time to make up games.

“Hopefully in the next few weeks, we’ll have a better idea where the country is,” Thibault said.

After that, he said it comes down to how available testing for the coronavirus is “to make sure that our players, coaches, staff, workers and fans are all healthy when we go through this. We’re not going to jeopardize the health of anyone just to play games right now.”

The Mystics last played on Oct. 10, when they beat the Connecticut Sun in the decisive game of the WNBA Finals. Seven players then headed overseas to continue playing.

While those players have since returned, Thibault said most don’t have access to basketball hoops.

“Most of these guys are so used to being able to go to their own team’s workout facility or local gym that they haven’t had a need as adults to get their own baskets,” Thibault said. “Most of them are just doing what they can with the basketball with ball handling and running in the park.”

When leagues are given the green light to resume play, it’s going to be a crowded sports calendar. Thibault, though, is prepared.

“We’re going to have that glut of baseball, NBA, MLS and hockey,” Thibault said. “The good part for us is that our league had planned to go into October no matter what with playoffs. So, we have a longer window of time to get done playing than those other leagues other than baseball, maybe.”

There’s usually a surge in demand for tickets in the year following a championship. That proved to be the case for the Mystics. The team’s season ticket plans were sold out. Now, when the games return, it will likely be in an empty arena.

“I feel bad that it could be that way, but that’s what we’re dealing with,” Thibault said.

How’s he, at least, personally dealing with all the extra time at home? He laughed when asked if there was some sort of silver lining to it all.

Still, he is making the most of it. Thibault has prioritized his workouts, nutrition and diet. He makes sure to take an hour walk every day and it has helped him lose about 15 pounds.

He has also connected with old friends and binge-watched most of the shows he wanted to catch up on.

Plus, he has grown a goatee.

The spare time has also given him the opportunity to draw up more plays for former MVP Tina Charles. The Mystics acquired her just before the draft last month.

No WNBA team has repeated as champion in 18 years. But, with Charles, Thibault believes the Mystics are an even better team than they were last season.

Now, he just needs the chance to prove it. 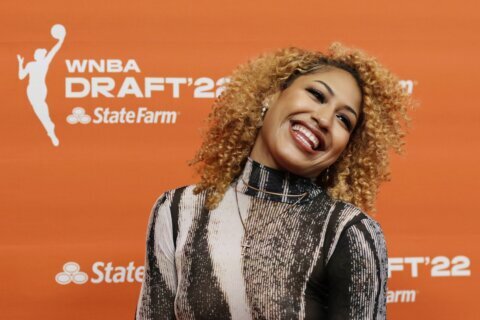 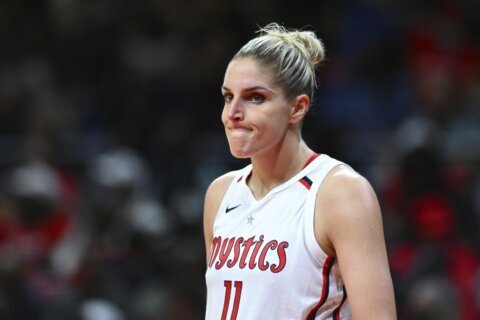