Chase Young: ‘Something has to change’ after Washington’s slow start

Speaking on Team 980 on Tuesday, Chase Young admitted that "something has to change" moving forward for Washington to turn its season around, but believes the whole locker room is together in its effort to doing so.
Listen now to WTOP News WTOP.com | Alexa | Google Home | WTOP App | 103.5 FM

Young: 'Something has to change' after WFT's slow start originally appeared on NBC Sports Washington

The Washington Football team has only one win after three games. And, its slumping defense, which was expected to be the backbone of the club, is a major reason why.

Fair or not, pass rusher Chase Young has received his share of blame for Washington’s slow start. The reigning Defensive Rookie of the Year has yet to record a sack this season, something almost every Washington fan is aware of.

Speaking on Team 980 on Tuesday, Young admitted that “something has to change” moving forward for Washington to turn its season around, but believes the whole locker room is together in its effort to doing so.

“I feel like everybody right now, we know what we have to change. Something has to change,” Young said. “Right now, everybody is real urgent, holding each other accountable. At this point, it’s no other way. It has to be every man on the roster holding each other accountable and working to one mission. That’s where we’re trying to be at right now.”

Last week was Washington’s worst defensive performance of the season, as Jack Del Rio’s unit allowed 43 points to Buffalo in a blowout loss. Bills quarterback Josh Allen wasn’t sacked once, as the fourth-year signal-caller had his way all afternoon, finishing with 358 yards and four touchdowns.

On Monday, head coach Ron Rivera said that Washington’s defense needs to communicate better with one another. One day later, Young practically echoed those comments.

“It just goes back to playing together and trusting each other,” Young said. “If you do that, you won’t have those few mistakes that we’ve slipped up on.”

Washington’s defense entered the 2021 season with lofty expectations. They were justified, too, for the most part — Del Rio’s unit finished top five in practically every major statistical category a season ago.

Although the group has been criticized heavily over the first three weeks, Young is confident in his teammates that they’ll be able to turn things around.

“We’re definitely not worried what people have to say. People are going to talk for the rest of eternity,” Young said. “Right now, what we’re trying to do is lock in and focus on us and nothing outside. Just take another step that you have to take to try to be the best you can be. Those are the steps we’re taking.”

And, for as confident as Young is in his teammates, he believes just as much in himself, too.

“I’m really not too worried about what people have to say. I know what I do,” he said. “I believe in myself and I’m always gonna bet on myself.” 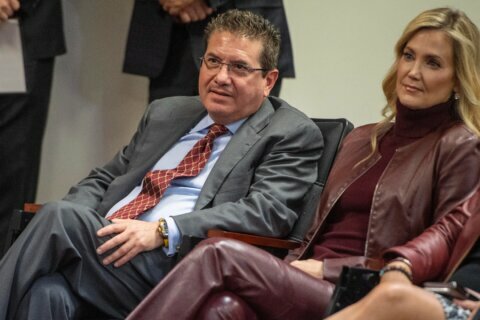 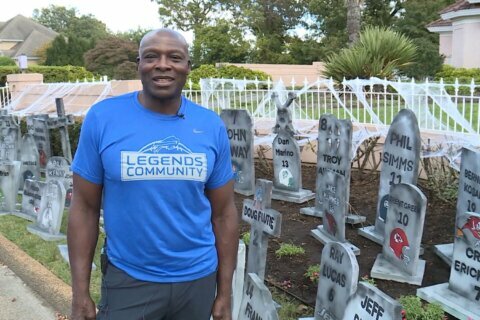