After a season like none other, the Washington Football Team is set to embark on the 2021 campaign as the defending NFC East Champions. WTOP's George Wallace previews the start of training camp for the Burgundy and Gold.
Listen now to WTOP News WTOP.com | Alexa | Google Home | WTOP App | 103.5 FM

WTOP’s George Wallace will be at Washington Football Team’s training camp. Follow him on Twitter and Instagram to get the latest news out of training camp, and come back to WTOP News and WTOP.com for more updates.

After a season like none other, the Washington Football Team is set to embark on the 2021 campaign as the defending NFC East Champions.

Ron Rivera enters year two at the helm in Washington after another offseason in which he continued to put his stamp on the organization, with many changes on and off the field. He hired Martin Mayhew and Marty Hurney to front office positions and added several solid free agents to fill holes in the roster.

On the field, there are very few holes that need to be filled, and for the first time in a number of years, the lineup appears pretty much set. However, there are some questions that will need to be answered as the team begins training camp in Richmond this week.

What impact will the addition of Ryan Fitzpatrick have on the offense?

With no quarterback of the future on the roster, Rivera brought in Ryan Fitzpatrick. Rivera said there will be competition for the starting position between Fitzpatrick, Taylor Heinicke and Kyle Allen. But, Fitzpatrick took the first-team reps during spring workouts, and you can expect him to start. Allen is returning from a season-ending injury, and Heinicke put on a good show in the playoff loss to Tampa last year, but he was also hurt in the last two games he started. He will be a solid backup, but this is Fitzpatrick’s team.

“Fitzmagic” will have plenty of weapons at his disposal as well.

The team restructured its receiving corps, adding free agent wide receivers Curtis Samuel and Adam Humphries to go along with Terry McLaurin. They also drafted Dyami Brown in the third round out of North Carolina.

In the backfield, Washington believes it has two No. 1 running backs in Antonio Gibson and J.D. McKissic. Gibson scored 11 touchdowns as a rookie last year, and McKissic showed he could be one of the best pass-catching backs in the league.

Will the defense continue to be one of the league’s best?

Last year, Washington’s defense was a huge part of winning the NFC East and clinching a playoff berth. The unit ranked second in yards allowed and fourth in points allowed. Pass rushers Chase Young and Montez Sweat enter the second year of playing opposite each other on the edge along with Jonathan Allen and Daron Payne clogging the interior. Matt Ioannidis is set to return after missing most of last year with a biceps tear suffered in Week 3, and Tim Settle played a lot of meaningful minutes in 2020. The defensive line is definitely one of the best in the league and should take a big step forward this year.

The emergence of rookie seventh-round pick Kam Curl last year was a pleasant surprise, as he stepped in and performed well after Landon Collins tore his Achilles. Collins is still working his way back from the injury, so it would be hard to see his starting job just handed to him — especially with the depth at safety for defensive coordinator Jack Del Rio.

What unit has the biggest question mark heading into the season?

The offensive line seemed pretty set up until two months ago, when Rivera released Morgan Moses and Geron Christian. Now, there are still some question marks in that unit.

Washington signed Charles Leno Jr. to start at left tackle and add some depth, and also Washington drafted Sam Cosmi. The second-rounder could find himself playing meaningful minutes this year along the right side.

Second-year tackle Saahdiq Charles should return from a knee injury that sidelined him after only two plays last year, and Cornelius Lucas will be back for his second season in Burgundy and Gold.  He started a handful of games at left tackle in 2020 while Christian was injured.

How will playing a first-place schedule impact the season?

Winning a division means playing a first-place schedule — and that could be a big hurdle for Washington in 2021.

Thanks to the addition of a 17th game (at Buffalo), Washington will play the four 2020 semi-finalists and definitely has the toughest schedule in the NFC East.

Just look at the list of quarterbacks that they will face this year: Tom Brady, Aaron Rogers, Patrick Mahomes, Russell Wilson and Dak Prescott (twice).

The final five weeks of the season could work out to be a positive for Washington, as the Burgundy and Gold plays all divisional games: the Eagles and Cowboys twice, and the Giants once. This stretch could very well determine who wins the NFC East — and meaningful football in December is all we can ask for. 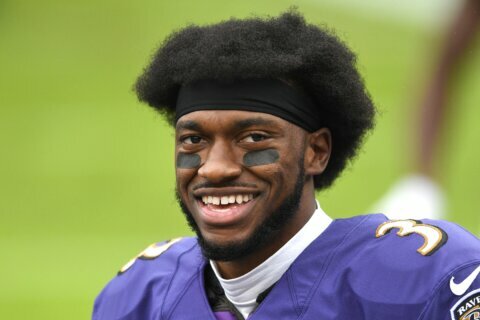 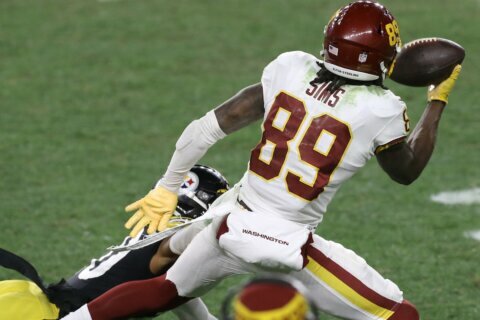 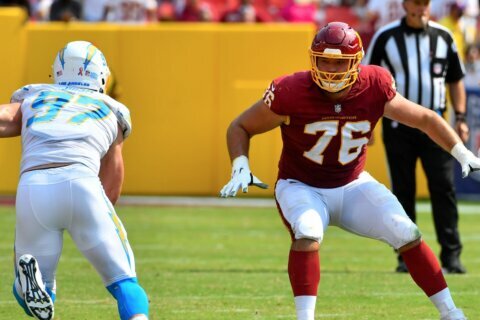