Former Washington Football Team quarterback Alex Smith seems to have put his house in the area on the market.

Per Realtor.com, the 6,165-square foot mansion in McLean, VA has been listed for $6.7 million. Smith retired from football in April after a 15-year career as a professional quarterback.

The Potomac River sits between the house and Washington, D.C., with a close proximity to the George Washington Parkway. Nationals ace Max Scherzer also lives in the area.

Smith bought the house, built in 2018, for $3.9 million after he was traded to Washington by the Chiefs. He then spent the next three years with Washington before retiring from the game. In his first season, Smith suffered a gruesome leg injury and life-threatening complications after surgery.

He missed the entire 2019 season before coming back in 2020 and leading Washington to its first NFC East title and playoff berth since 2015. 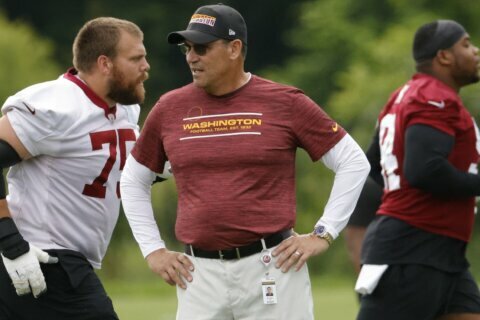