What items pester Ryan Fitzpatrick's beard and which are welcome? He was kind enough to explain during a recent interview on the Washington Football Talk podcast.
Listen now to WTOP News WTOP.com | Alexa | Google Home | WTOP App | 103.5 FM

Ryan Fitzpatrick’s top two tips for keeping his renowned beard are simpler than executing a kneel down in the final moments of a win: The first is to find the right barber (something he’s anxious to do in his new city) and the second is to run a comb through it each morning.

However, food will inevitably nestle in Fitzpatrick’s prodigious facial hair, no matter how much he tends to it with outside assistance or in-home tools.

So, what items pester Fitzpatrick’s beard and which are welcome?

He was kind enough to explain during a recent interview on the Washington Football Talk podcast.

“That’s a tough one,” the quarterback answered when JP Finlay inquired about the meals that typically cause trouble. “I would say a powdery donut. Even a Krispy Kreme donut, not completely fresh and hot, you bring it home and then you start eating it — almost impossible. They’re flakin’ everywhere.”

Fortunately, while the 38-year-old has issues with that top-notch breakfast option, he is able to enjoy a few staples at lunch and dinner.

“It’s one thing if it’s a piece of fried chicken or barbecue wings, ‘cause at least some of that when you find it later, it’s OK,” he told the podcast.

Nothing wrong with a little leftover action.

Now, with esteemed beard owners, one thing that often gets overlooked is the accompanying mustache. The former gets all the attention, but the latter is there, too, growing on the upper lip just like its fellow face-mate.

And as Fitzpatrick put it, food actually plays a key role in the maintenance of his ‘stache as well.

“The one gross thing is, when I’m eating a cheeseburger, I know that my mustache is too long when I start tasting my mustache,” he said. “So that’s when I’ve got to go to the barber and get it trimmed up. That’s the end for me right there.” 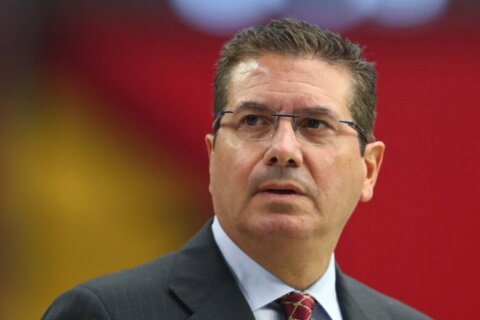