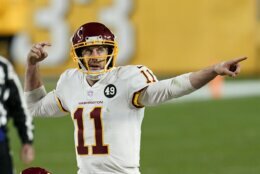 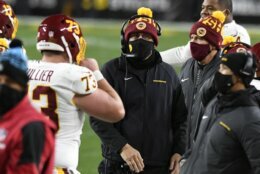 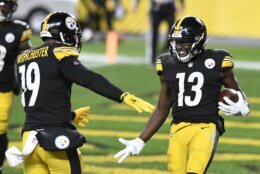 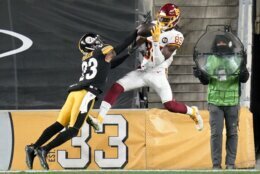 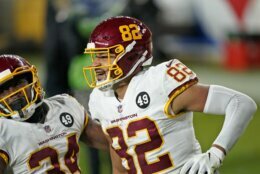 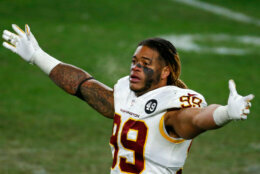 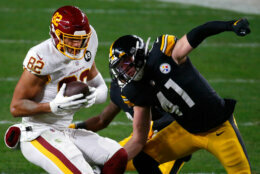 The Washington Football team ended the Pittsburgh Steelers perfect season on Monday with a 23-17 win in Pittsburgh.

Washington has now won three straight and is 5-7, tied for first place in the NFC East. After trailing 14-0 in what was a very sluggish start to the first half, Washington responded to hand Pittsburgh just its second loss in 81 games since 2004 in which it led by 14 points.

It was Washington’s first win against Pittsburgh since a 41-14 win in November of 1991, a game which sent Washington to a 12-0 record. We all know how that season ended.

This has been building

There has been a lot of talk about the culture change in this locker room and how much Ron Rivera and Alex Smith have meant to this team. You could see this building since the week five loss to the Rams.

Washington is now 4-3 in its last seven games, including three straight wins, with the three losses coming by a combined seven points. Rivera has been preaching the little things and teaching his team how to win and on Monday it culminated in the biggest win for this franchise in a very long time.

In the last 11 days, Washington has embarrassed its rival on national television to the tune of a 41-16 win and ended the perfect season of the league’s last unbeaten team. Not bad.

It seems like each week Alex Smith does something that makes you marvel at how far he has come since almost losing his leg two years ago. Washington had nothing going in the first half, and Smith wasn’t able to get in any rhythm early, including taking a couple bad sacks at the end of the half. Washington didn’t help its cause early either, dropping a number of passes.

The first possession of the second half was the drive of the game, Smith connected with Cam Sims on a third and long for 31 yards to keep that drive going. That was definitely one of the plays of the game. Smith completed 31 of 46 passes for 296 yards and a touchdown. More importantly, he didn’t panic after getting behind by 14.

It has happened multiple times this year for Washington, different players stepping up and answering the bell when plays need to be made. Running back Antonio Gibson went down in the first half with a toe injury and did not return. A big blow considering Gibson was coming off a three touchdown performance.

That, coupled with a down night for Terry McLaurin, Washington was in need of someone to step up and Alex Smith found two players to do just that. Logan Thomas finished with a career-high nine catches for 98 yards and a touchdown.

Cam Sims had five catches for 92 yards and two of the biggest plays of the game. The first came in the third quarter on third-and 14 when Sims went for 31 yards. The second was the one-handed 29 yard grab in the fourth quarter that set up Dustin Hopkins go-ahead field goal.

The defense came to play

Jack Del Rio’s unit knew it was going to have its hand full with Ben Rothlisberger and the Steelers offense. They came to play on Monday.

The defense was able to harass Ben early and came so close to intercepting him a number of times in the first half and early in the second half. Trailing 7-0 in the second quarter, the defense stopped the Steelers on five consecutive plays from the 1-yard line.

On fourth down it was Chase Young stopping running back Benny Snell to turn the ball over on downs. Washington finally got its first turnover of the game late in the fourth quarter to ice it.

After taking a 20-17 lead, the Steelers were trying to go down and at least get into position to tie the game, but Montez Sweat had other ideas. The second-year linebacker tipped Rothlisberger’s first down pass and Jon Bostic picked it off to start the celebration.

All you can ask for is to be playing meaningful games in December. With Washington’s win over the Steelers, it guarantees that the last four weeks are going to be very meaningful with a division title and a playoff berth very much within reach. Buckle up, could be fun. Four take