William Jackson III’s time in Washington appears to have come to an end.

Ahead of the Nov. 1 trade deadline, the Commanders traded Jackson to the Steelers. NFL Network’s Ian Rapoport was first to report the move.

With the trade, Washington lets go of one of its prized free-agent signings from the 2020 offseason. The Commanders signed Jackson to a three-year, $42 million deal to fortify its secondary, but Jackson’s tenure with the franchise was far from successful.

Traditionally a man-to-man cornerback, Jackson struggled to produce in Washington’s zone-heavy scheme under defensive coordinator Jack Del Rio. Jackson was pulled from the Commanders’ Week 5 loss to the Titans in the first quarter and has not played a snap since.

In his absence, second-year corner Benjamin St. Juste has emerged as a reliable starter opposite Kendall Fuller. St. Juste began the year as Washington’s starting slot corner but has adapted well, shifting to the outside. Rachad Wildgoose, Christian Holmes and Danny Johnson represent Washington’s cornerback depth behind Fuller and St. Juste following the Jackson trade. 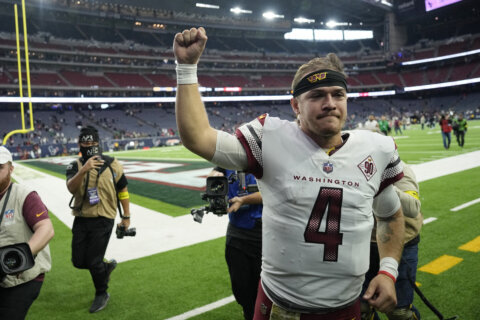