Instead of individually recapping that embarrassing loss to the Eagles, let's examine the large-scale flaws that are holding the Commanders' operation back.
Listen now to WTOP News WTOP.com | Alexa | Google Home | WTOP App | 103.5 FM

That 1-0 Commanders record sure feels like it happened in the middle ages, doesn’t it?

Since that legitimately fun Sunday at FedEx Field, Washington has faltered twice in a row, with the most recent loss coming against the surging Eagles.

Instead of recapping that individual outing, let’s examine the large-scale flaws that are holding the Commanders’ operation back.

Neither option is that appealing, but at least this one may be educational?

Carson Wentz with perfect protection is an enigmatic passer, as was evident in his four-touchdown, two-interception debut in Week 1 versus the Jaguars where he was sacked just once.

When that protection suffers, meanwhile, his play does substantially, too.

Since an opening victory over Jacksonville, Wentz was dropped five times in Detroit and nine times against Philadelphia.

Now, each sack is its own event, and on a handful of them, Wentz hasn’t had enough time to identify an outlet or even grasp that pressure is coming his way.

There have been others, though — including on multiple occasions in Week 3 when facing his former team — where the signal-caller did himself zero favors (if doing himself negative favors was possible, that description would be used here). For someone who’s been in the league since 2016, his overall awareness leaves a lot to be desired.

If the Commanders are to have any shot at rebounding after their 1-2 beginning to the year, Wentz is going to have to speed up his internal clock. His offensive line must shore up its gaps, too.

Wentz’s side of the ball is definitely not alone on the struggle bus that’s currently stationed in Washington. Jack Del Rio’s defense has been way too generous to opponents, especially when it comes to explosive plays.

Here’s a summary of what various players on the Jags, Lions and Eagles have done in their contests with Washington:

Some NFL defenses are super stingy. Others fall into the “bend but don’t break” category. Washington, however, isn’t stingy, it bends and it breaks.

For a squad that’s invested so much draft capital and financial capital into that unit, that’s ultra concerning.

If you’ve made it to this juncture of the story, you will most certainly not be surprised to learn that — thanks to the malfunctioning offense and forgiving defense — the Commanders are not exactly fast starters.

Even with the 14-3 advantage the team earned in the Jacksonville tilt after two quarters, Washington has posted a negative-35-point differential across the three first halves in 2022. 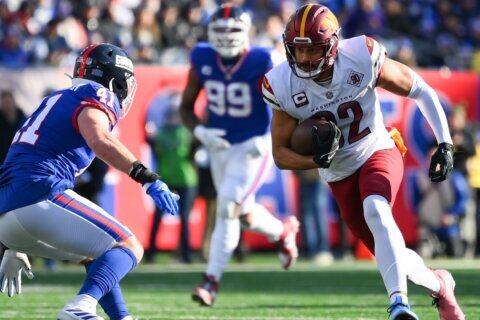 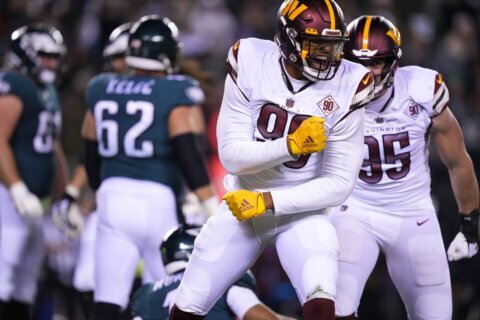