Jahan Dotson and Micah Parsons are familiar with each other. They lined up against each other at Penn State for two seasons in 2018 and 2019. Chances are if Dotson ever ran a route in practice that required him to go over the middle, Parsons was there to try to lay a big hit on him.

Once practice ended, they got even closer to each other. Like, really close. They were roommates.

The two former Nittany Lion teammates are about to enter a rivalry that has spanned the last 62 years of professional football. Dallas vs. Washington is one of the most heated matchups in sports, and Dotson can’t wait to take part in that tradition against his former teammate. He couldn’t help but laugh when asked about Parsons and what the future holds for the two friends.

“I’m excited to go against him twice a year,” Dotson said on Good Morning Football on the NFL Network on Thursday. “We’ve been talking so much trash since we’ve been at Penn State about when we’re gonna play each other in the league, when we’re gonna see each other. So being able to see him twice a year in the same division, going against a rival, there’s no better matchup.”

Parsons didn’t skip a beat after he sat out his junior year at Penn State due to COVID precautions. He got drafted 12th overall in 2021 and went on to be one of the best defensive players in the NFL last season in Dallas. His 13 sacks were part of the reason he earned First Team All-Pro and unanimous Defensive Rookie of the Year honors his rookie year.

“Oh my gosh, Micah Parsons, man. Truly one of a kind, that’s one thing I can say about him, he’s truly one of a kind…great football player as you guys know, one of the best in the league,” Dotson said of his former roomie.

That’s a near impossible résumé to live up to, but nonetheless, Dotson will try to do just that on the offensive side of the ball for the Commanders this year. Washington drafted the wideout with their 16th overall pick earlier this offseason, and by pairing him with Carson Wentz and alongside Terry McLaurin, the team is giving Dotson a true shot at getting a good number of targets as a rookie.

Weeks 4 and 18 are two dates Dotson, Parsons and pretty much all football fans will circle this season as the Commanders battle the Cowboys. One thing Dotson is more than familiar with is Parson’s superhuman level of competitiveness.

Washington hasn’t beaten Dallas since Week 12 of the 2020 season. That’s 623 days and counting. Dotson hasn’t experienced the energy of the contest firsthand yet, but he’ll be thrown into the fire in about six weeks as he and the team visit Parsons and the rest of the Cowboys at AT&T Stadium. 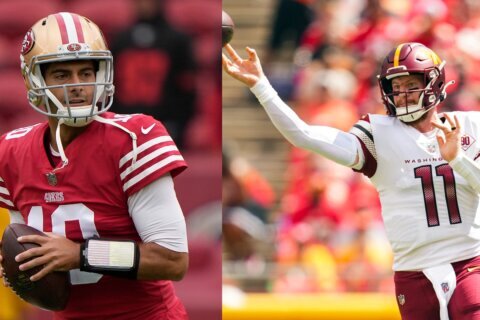 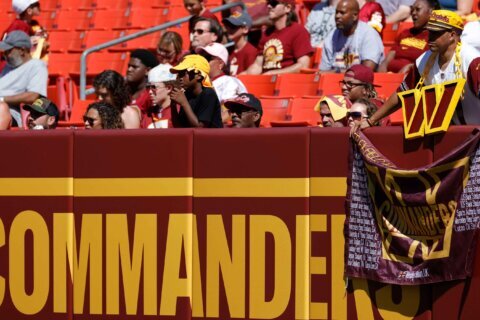