Madden ratings always get the blood flowing. Players rated too high or too low, by their own standards or those of fans, spark conversations about the most underrated and overrated figures in the NFL.

No Washington Commanders’ edge rushers were able to crack the top-10 in Madden ratings for the upcoming 2023 version of the video game. When asked who among the league’s defensive ends might crack the top-10 next season, former NFL defensive lineman and ESPN analyst Booger McFarland didn’t hesitate to give his answer.

“Well, I look at a guy like Chase Young,” McFarland said. “He’s coming off an ACL injury, obviously. His rookie year he had 7.5 sacks and he was just going to build on that last year, but the ACL popped up, he got injured. I think he’s gonna be motivated—not only didn’t he make the top 10, but motivated coming off the ACL.”

Young’s 2021 season ended prematurely when he went down with an ACL tear in November. He was sustaining a sophomore slump up until that point, though, as his sack and QB pressures numbers had dipped from his outstanding rookie campaign in which he won NFL Defensive Rookie of the Year.

Young, 23, was recently given an 86 overall rating (out of 99) for the upcoming Madden 23 edition, tying him for the 17th-highest rated mark among edge rushers. He’s recently given updates on the status of his knee rehab process, saying that everything is “going as planned” and that “the plan” will be for him to be ready to play Week 1.

McFarland, in his assessment of the third-year pro out of Ohio State, went on to compare Young to an elite future Hall of Famer in the modern-day NFL. It’s about as good a comparison as any defensive player can get.

“A physical freak, a physical specimen,” McFarland said of Young. “When you talk about Myles Garrett just being a freak, Chase Young is in the same category from a physical, athletic standpoint.”

Garrett, indeed, is a freak. The former first overall pick is about to enter his sixth pro season in Cleveland on the heels of two straight first-team All Pro nods. He’s also garnered three Pro Bowl selections, which is even more impressive considering the D-end gets double-teamed on almost every down.

It might be a little hasty to compare Young to one of the best defensive players of this century in terms of output, but purely from a physical perspective it’s easy to see McFarland’s point. Both players are around 6-foot-5 and 270 pounds, but their stealth and quickness in getting to the quarterback is eerie of one another.

Ron Rivera and the rest of the Commanders’ coaching staff will hope Young can stay healthy in 2023. If he can, he might just be able to approach a record that hasn’t been broken since Osi Umenyiora in 2010.

“If he can stay healthy for 17 games, he will approach 20 sacks in the National Football League and approach the forced fumble record,” McFarland said. “He is that type of disruptive and dynamic athlete at the defensive end position for the Washington Commanders.” 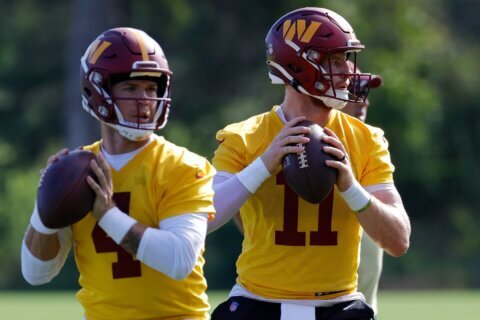 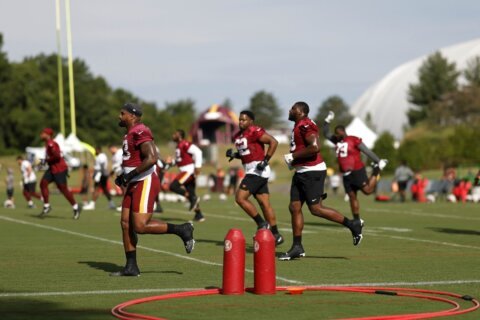 Meet the man in charge of managing the Commanders’ practice playlist