The Capitals received both good and bad news concerning their top six Wednesday.

Right winger T.J. Oshie landed on Injured Reserve, four days after blocking a puck off his right foot against the San Jose Sharks. Having already missed three weeks this season with a foot injury, Oshie is at least eligible to return in time for Sunday’s clash with the Carolina Hurricanes.

Yet while Oshie takes the week to heal, Washington did see center Nicklas Backstrom participate in morning skate Wednesday in a non-contact jersey. Backstrom has yet to appear in a game this season as a result of offseason hip surgery.

Though there’s no established timetable for Backstrom’s return, the Capitals have seen Evgeny Kuznetsov and rookie Connor McMichael step up in his absence. Washington enters Wednesday’s contest with the Montreal Canadiens just one point behind Carolina in the Metropolitan Division.

Forwards Michael Sgarbossa and Beck Malenstyn were recalled from Hershey as well and are expected to play on the fourth line. Aliaksei Protas is expected to start on the top line at right wing, according to The Washington Post’s Sam Pell.

Protas was Washington’s third-round pick in 2019 and will skate with Alex Ovechkin and Evgeny Kuznetsov for the first time as Tom Wilson handles second-line duties with Daniel Sprong and Connor McMichael. Caps center Lars Eller remains out and in COVID-19 protocols. 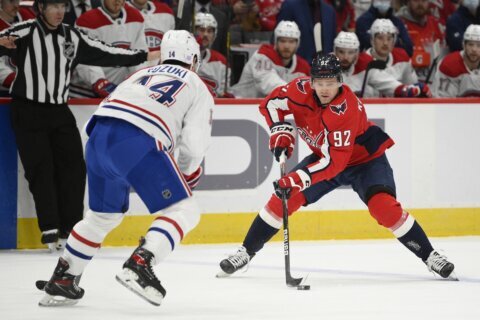 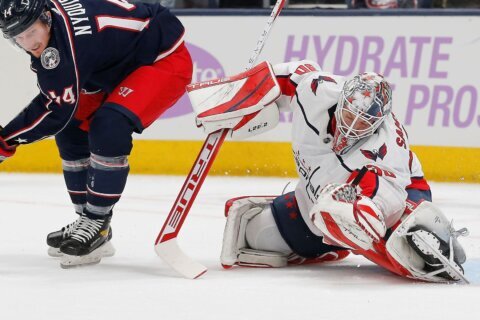 Ilya Samsonov is reopening the No. 1 goalie debate in Washington