Alex Ovechkin and Nicklas Backstrom are two of the best players in Capitals franchise history and the franchise wants to make sure neither player finishes their career anywhere else.
Listen now to WTOP News WTOP.com | Alexa | Google Home | WTOP App | 103.5 FM

Alex Ovechkin and Nicklas Backstrom are two of the best players in Capitals franchise history and the franchise wants to make sure neither player finishes their career anywhere else.

The 2021 offseason is going to be one of change for the Caps. The salary cap will remain flat which is bad news for a team as tight against the cap as Washington is. The Seattle expansion draft also looms. Complicating these issues further is the fact that Ovechkin has played out the final year of his contract and needs a new deal.

Amid talk of whether Washington should rebuild after three straight first-round series losses, general manager Brian MacLellan indicated the organization had priorities focused on keeping the faces of the franchise in Washington.

Backstrom signed a five-year, $46 million deal in January 2020 that will run through the 2024-24 season when he is 37. If Ovechkin, who will turn 36 in September, signs a deal at $10 million per season or above, the Caps will have over $19 million committed to two players in their mid-30s.

But keeping Ovechkin and Backstrom is the priority, according to MacLellan who made it clear he does not want to see his star players play anywhere else at any age.

“I never like watching guys go to another team in another sport,” MacLellan said. “I don’t like watching [Tom Brady] in Tampa. I want him to finish up in New England. I don’t like [Wayne Gretzky] in New York. I would’ve rather had him finish in Edmonton. I just think it’s an important thing for the franchise.” 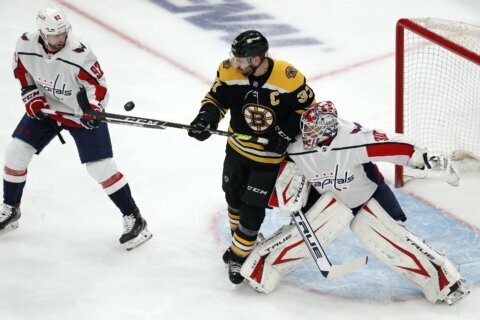 Virus positives play role in first round of NHL playoffs