Nicklas Backstrom is staying with the Washington Capitals.

The Capitals announced Tuesday they have re-signed the 32-year old center to a five-year, $46 million contract.

In 2007 Backstrom joined the Capitals, two years after Alex Ovechkin, and has been one of the cornerstones in the Capitals’ most successful period in franchise history including the 2018 Stanley Cup title.

In negotiating the new deal with the Capitals, Backstrom did not have an agent and consistently expressed a desire to stay in D.C. and with the team that drafted him in 2006. 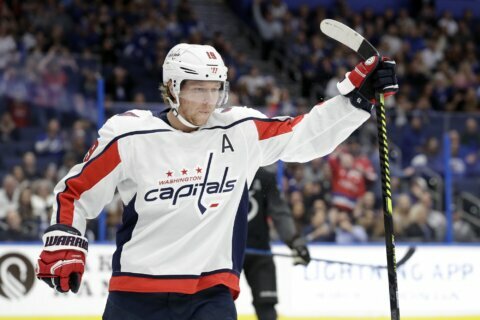