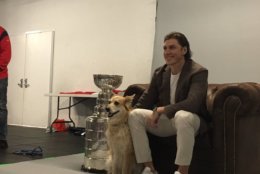 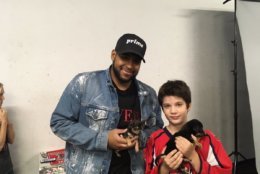 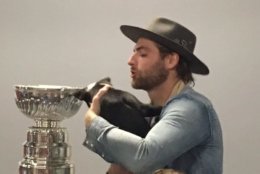 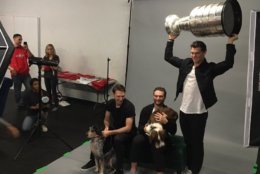 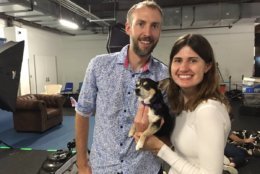 That was the rallying cry earlier this year as the Washington Capitals battled their way to the 2018 Stanley Cup Championship, but it was more like ‘Go Dogs!’ at the MedStar Capitals Iceplex Saturday afternoon. That’s where the Caps, some furry fido friends and the Stanley Cup showed their modeling chops to benefit an animal rescue and adoption agency.

Homeward Trails Animal Rescue facilitates pet adoptions in Virginia, Maryland, D.C. and beyond. They seek permanent homes for dogs and cats whose owners can’t care for them any longer. They also seek to find foster and permanent homes for pets from high kill shelters to spare them from being euthanized.

Caps goalie Braden Holtby posed with one of the Homeward Trails dogs. He said participating in the calendar shoot to raise money to for the pet adoption organization is a meaningful cause to a lot of his teammates.

“Some guys foster dogs … They’re great companions. They get people through a lot of things,” Holtby said.

When asked if Caps players were more cat or dog people, his response: “Dog people, I’d say. Some guys have some cats, too.”

But what about his pet? “(I) have a tortoise, actually,” Holtby said.

Other temporary doggy parents say they’re committed to caring for their fosters as long as necessary.

“I started fostering with Homeward Trails about a year ago,” said Kira Vuille-Kowing, who has given temporary care to a few other dogs. She plans to keep Spitfire, also known as Josephine, until she finds a new home. “Fire is the fourth dog that I’ve fostered, the first Chihuahua.”

“I’m the assistant foster,” laughs Phil Sticha, who is also caring for Spitfire. “The holidays are right around the corner. Saving a foster dog is a great way to add a pet, otherwise they’re in shelters and they don’t like that very much.”

The Capitals Canine Calendar is scheduled to hit the market right before Thanksgiving. 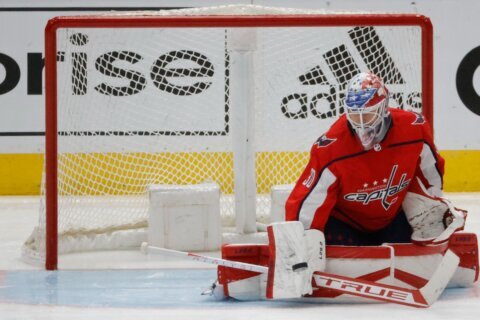