Wildlife officials in Virginia are asking residents to help monitor cases of avian flu in the state’s bird population as cases rise in the United States.

Highly pathogenic avian influenza (HPAI) is a virus that can infect and kill birds, such as domestic poultry, raptors, wild turkey, quail and grouse. Even birds that don’t become sick can be infected and spread the virus to other birds.

Gary Costanzo, migratory bird program coordinator for the Virginia Department of Wildlife Resources, told WTOP scattered cases of vulture mortalities have been found in Loudoun, Chesterfield and Piedmont counties, as well as in the Richmond area.

“It seems to be persisting in black vulture concentration areas,” Costanzo said. “A major concern is the potential spread of the virus from wild birds to the commercial poultry industry, and to backyard poultry flocks. Poultry are highly susceptible to the disease.”

As of October, around 47 million poultry in 40 states have been affected by HPAI this year, according to the Centers for Disease Control and Prevention.

The most notable variant of avian flu arrived in the United States in 2014, when more than 50 million birds died or were destroyed to stop the spread of the disease. That outbreak cost U.S. farmers more than $1.6 billion, according to Science Magazine.

Costanzo said that the current variant appeared in December 2021 and has spread to most parts of the country. In some areas, it has caused significant disruption to the commercial poultry industry.

While Virginia officials say there is “no immediate public health concern with the HPAI viruses,”  it has already been detected in seven bird species in Virginia: American green-winged teal, mallard, gadwall, American wigeon, Canada goose, bald eagle and black vulture.

Vultures have been particularly susceptible to HPAI due to their tendency to feed on carcasses, according to the Department of Wildlife Resources.

While the DWR has paid attention to vultures in the state, Costanzo predicted the risk of disease will increase this fall as other birds make their annual southern migration.

“Waterfowl are known carriers of the disease and as they migrate south, the chance of spreading the virus increases,” Costanzo said. “Other water birds, such as gulls, shorebirds and some raptors, can also carry the disease. Songbirds are generally not at high risk of the disease, but they can carry the virus and spread it to other bird species that are more susceptible.”

Some mortalities of migrating Canada geese were found in the Hampton Roads area of Virginia recently, Costanzo said.

He said that anywhere large numbers of birds congregate, there is a higher risk of the disease spreading.

In June, cases of HPAI were found in ducklings at the Lincoln Memorial Reflecting Pool in Washington, D.C.

In a news release, the DWR said the general public can help keep tabs on the potential spread of HPAI by reporting some of the signs:

The DWR asks residents who see any of the above to report via the Virginia Wildlife Conflict Helpline at 855-571-9003.

Though the CDC says current risk of avian flu transmission to humans is low, precautions should always be taken when coming into contact with dead birds.

It is also advised to wash and disinfect your clothes any time you have been in contact with birds — dead or alive — as to avoid spreading the virus.

The DWR has released a set of avian flu guidelines specific to hunters and wildlife rehabilitators.

In addition to its other recommendations, the CDC says getting your yearly flu shot “can reduce the risk of getting sick with human and bird flu viruses at the same time.” 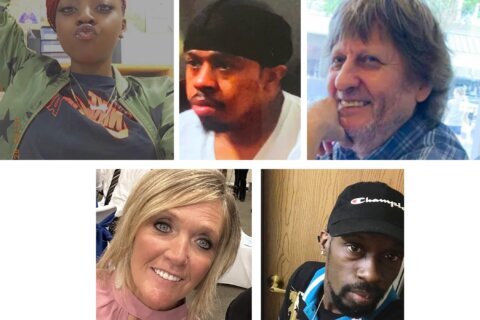