One week after a two-alarm fire on Crystal City’s 23rd Street restaurant row, in Arlington, Virginia, local firefighters say understaffing resulted in fewer first responders being on scene than the emergency required.

Nobody was injured in the Saturday night fire in the 500 block of South 23rd Street, in the building where Andalusia Hookah Bar and Top Thai restaurant are located. The fire resulted in $1.8 million in damages, according to Arlington Fire and EMS.

However, in a joint statement from the unions representing firefighters in Arlington and Alexandria, understaffing in the Alexandria department puts the public and firefighters at risk.

“The initial call should have had a minimum 12 firefighters dispatched for tasks like putting up ladders, forcible entry and search and rescue. Instead there were only 8 dispatched,” Brian Lynch, the president of the union representing Arlington firefighters, said in the news release.

“Both businesses were occupied at the start of the fire, thankfully there were not multiple injuries, or firefighters that could not rescue themselves.”

According to the unions, engine companies and rescue companies have different responsibilities at fire scenes.

Engine companies put out fires, bringing water and hoses. At commercial fires, like the one in Crystal City, rescue companies are typically tasked with removing building security that prevent access, as well as searching for people who might be trapped in the fire.

“This came to a head last Saturday, when the rescue company based in South Arlington was unable to immediately respond to the fire in Crystal City, since it was already responding to a different fire call in Alexandria City,” according to the joint statement.

“Luckily, firefighters on the scene from other functions like EMS or standing by to rescue trapped firefighters were able to help with some fire operations. But we should not be relying on that,” said Lynch.

WTOP is seeking comment from the Alexandria Fire Department on union’s comments about last week’s blaze.

The city has commented previously about staffing concerns voiced by the unions: “The City recognizes that the stressed labor market has contributed to Alexandria Fire Department staffing challenges. As a result, the City has instituted, like some of its neighbors, dynamic staffing which establishes shift staffing based on firefighter and medic availability.”

The city has said plans include filling approximately 60 vacancies by the first quarter of 2022.

“We’re playing a game of Russian roulette and hoping that nothing goes wrong,” according to the joint unions statement. 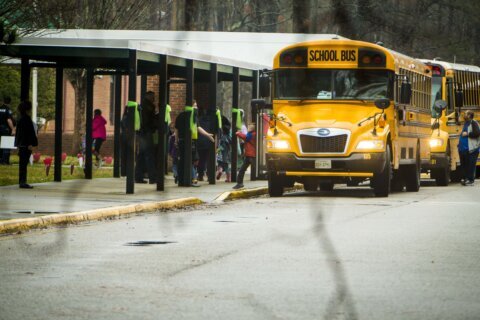