Lee statue in Richmond came down weeks ago, but there’s another court challenge

The Virginia Supreme Court is being asked to reconsider its decision allowing the removal of a statue of Gen. Robert E. Lee from Monument Avenue in Richmond, where it stood for 130 years.
Listen now to WTOP News WTOP.com | Alexa | Google Home | WTOP App | 103.5 FM

The Virginia Supreme Court is being asked to reconsider its decision allowing the removal of a statue of Gen. Robert E. Lee from Monument Avenue in Richmond, where it stood for 130 years.

Gov. Ralph Northam ordered the statue to be taken down last year, but legal challenges led to delays.

Finally, the state Supreme Court decided earlier this month to support Northam; and a week later, the bronze statue was taken down from its pedestal and cut into pieces.

A petition calling for a rehearing was filed Wednesday on behalf of four property owners.

It argues that the state Supreme Court made “several fundamental errors.”

A legislative resolution dating from 1899 promised that the commonwealth would hold the statue, pedestal and ground “perpetually sacred to the monumental purpose to which they have been devoted.”

The Supreme Court of Virginia concluded it was unreasonable to keep enforcing that resolution, but the petition said that judgment should have been left to the Virginia General Assembly.

The petition also argues that the court did not consider claims that it could transfer ownership of the state-owned monument and land to a private entity.

The lawyer for the plaintiffs said that his clients do not think the state “owns and controls the monument,” and that the state wants to keep the monument and land while denying responsibility for the promises made in order to get them, The Associated Press reported.

The court’s ruling stated that “values change and public policy changes too” in a democracy, citing testimony from historians who said that the statue as erected in 1890 to “honor the southern white citizenry’s defense of a pre-Civil War life that depended on slavery and the subjugation of Black people,” The Associated Press reported. 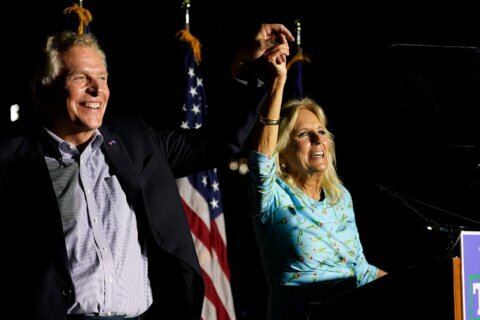