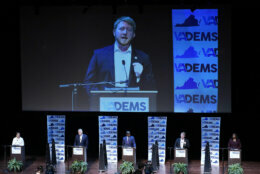 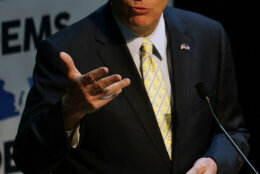 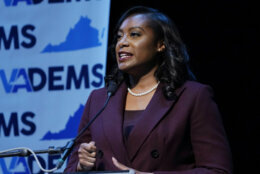 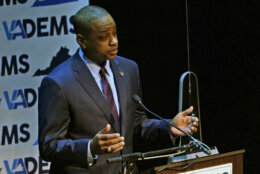 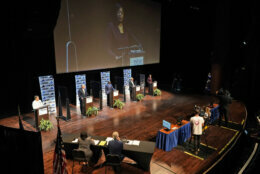 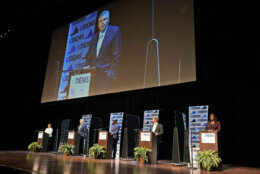 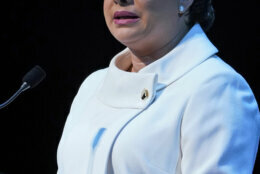 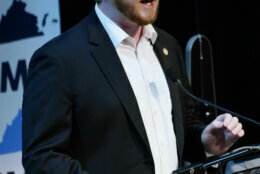 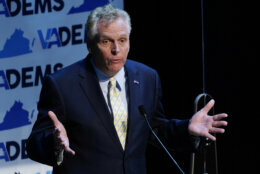 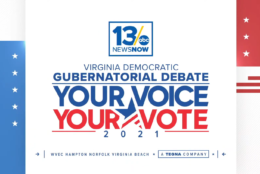 With Virginia’s June 8 primary under a week away, Democrats running for governor held their fourth and final debate Tuesday night.

Former Gov. Terry McAuliffe, leading recent polls and considered the front-runner, spent much of his time attacking Republican nominee Glenn Youngkin, whom he called an “extreme, right-wing Republican” and “a loyalist to Donald Trump.”

McAuliffe was criticized by his opponents for focusing on Youngkin.

“We can’t just be a party that is opposed to the other guys,” said Del. Lee Carter. “We have to fight for something.”

“Why does he deserve a second chance?” Foy asked. “He had his chance and he failed the people of Virginia.”

Foy went on to call both McAuliffe and Youngkin “out-of-touch millionaire politicians.”

During a question about institutional racism, McAuliffe said it was a topic impossible to address in the 30 allotted seconds, though he gave several examples from his policy platforms, including improving access to capital and reducing education disparities.

Lt. Gov. Justin Fairfax disagreed that the question required a lengthy answer. He went on to address the fact that McAuliffe faces three Black opponents in the race — Carroll Foy and McClellan, in addition to himself — saying: “When African Americans are shut out of opportunities repeatedly it sends a signal to people about what our system truly values and who truly has the opportunity to succeed in our society.”

McAuliffe, who is seeking another term after holding the office from 2014 to 2018, spoke about his accomplishments as governor, including his record on job creation.

Youngkin shared his take on the debate on Twitter, highlighting points of agreement with each opponent’s attacks against McAuliffe.

He said the former governor was “clearly struggling to earn the confidence of his party or demonstrate that he has a firm grasp of the facts.”

Republicans, who will be looking to break a losing streak that’s lasted more than a decade in statewide elections, picked Youngkin as their nominee during a party convention in May.