Mere minutes after the polls closed in Virginia, a projected winner was named in the commonwealth’s Super Tuesday primary: Joe Biden.

The former vice president would win about 53% of the state’s vote. Vermont Sen. Bernie Sanders was the distant runner-up, with about 23%.

The win was a big one for Biden. Virginia’s mix of rural, urban and suburban voters makes it a key indicator of who will face President Donald Trump in the November general election.

“We are very much alive,” Biden told supporters during a rally in Los Angeles late Tuesday night.

Biden’s wins follow some notable endorsements from former moderate rivals in the race, such as Sen. Amy Klobuchar, Pete Buttigieg and Beto O’Rourke. That coalescing around Biden illustrates the dynamic moving forward in this campaign: a competition between the Democratic party’s centrist and more-liberal wings.

One of those left-leaners enjoyed his own early Super Tuesday victory, when Sanders won his home state of Vermont. He was also declared the projected winner in Colorado, Utah and — last, but by no means least — California.

According to the Virginia Public Access Project, Biden was most successful in “African-American precincts” (a majority of about 71%) and districts won by former Secretary of State Hillary Clinton during her presidential run in 2016 (76%). Biden ran nearly neck and neck with Sanders in so-called “millennial districts,” while Sanders was favored in “college precincts” (with nearly 51%).

Virginia’s Super Tuesday turnout exceeded the turnout in 2008, when Hillary Clinton and Barrack Obama vied for the nomination.

A total of 124 delegates are up for grabs in Virginia; 99 of these are pledged delegates, and allocated based on the primary results. Candidates need at least 15% of the vote statewide or in a congressional district to earn pledged delegates, which are awarded proportionally.

News of the former vice president’s early win in Virginia came as little surprise. According to the analysis site FiveThirtyEight, polls in the commonwealth had favored Biden. FiveThirtyEight also saw a favorable outcome for Biden in Texas. Sanders was the favorite in the remaining Super Tuesday state: Maine.

“President Trump’s agenda has made America a better place for all people,” said Jack Wilson, Republican Party of Virginia chairman. “… Biden and the rest of the Democrats want to destroy all of the accomplishments this administration has made, but we won’t let that happen.”

CBS News and The Associated Press contributed to this report. 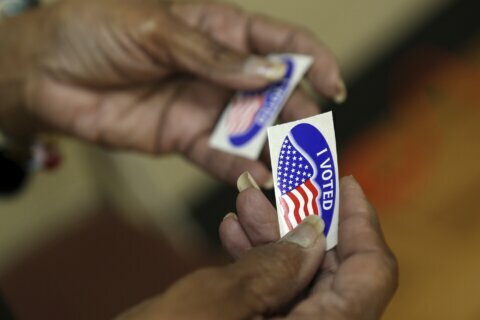 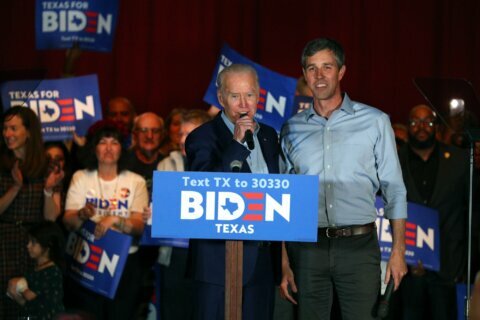 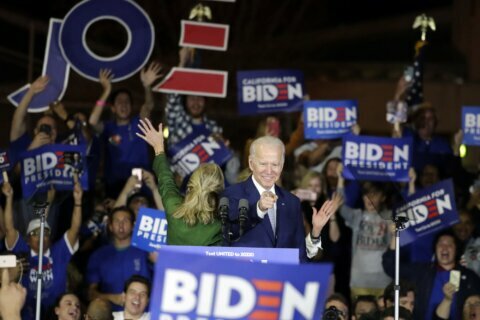