A proposal to install as many as 10 red light cameras in Manassas will come before the city council Monday night.

The proposed ordinance calls for the city to install enforcement cameras at problem intersections based on accident rates, the frequency of red light violations and the possible difficulty faced by law enforcement in stopping offenders. An automated ticketing process would issue fines of up to $50 for running a red light, though the system would grant a half-second grace period for vehicles entering the intersection just after the light turns.

Locations of the cameras have yet to be selected, but according to police statistics, the three most crash-prone intersections in the city in 2018 were all along Liberia Avenue (at Centreville Road, Euclid Avenue, Mathis Avenue and Signal Hill Road). A “conspicuous” sign will be installed within 500 feet of every affected intersection alerting drivers to the system, according to the proposed ordinance.

Supporters of the program hope that the cameras will make dangerous intersections safer for everyone — drivers, pedestrians and cyclists alike.

“I was surprised it’s taken them so long to ask for an ordinance for red light cameras, quite frankly,” said Allen Muchnick, a Manassas resident and board member of Active Prince William, an advocacy group pushing for increased road safety. “Traffic enforcement needs to be automated. Our traffic laws in general are under-enforced and you can see widespread red-light running.”

According to their 2018 annual report, Manassas City police responded to 631 “reportable” crashes last year, up seven percent from 2017. Forty-three of those crashes were the result of drivers disobeying traffic signals, police said. All told, MCPD issued 200 citations for disobeying traffic signals. Mayor Harry Parrish could not be reached for comment and Chief of Police Douglas Keen declined to answer questions about the program.

The use of red-light cameras has been legal in Virginia since 2007, and 10 localities currently have them. Nearby Fairfax City has cameras at six intersections, Arlington has nine and Alexandria four. But eight states have also outlawed their use, and critics say they don’t actually reduce the number of accidents at intersections.

A 2017 Case Western Reserve University study of the cameras in Texas (where they have since been banned) found that while the number of “angle” collisions in intersections fell, the number of rear-end collisions increased as drivers were more likely to break harder. The study did not rule out the possibility, however, that accidents before red light cameras were implemented were more severe. Speed, it said,  is a more important factor in intersection safety, but in Virginia the state legislature has so far rebuffed efforts to allow localities to use automated speed enforcement cameras. 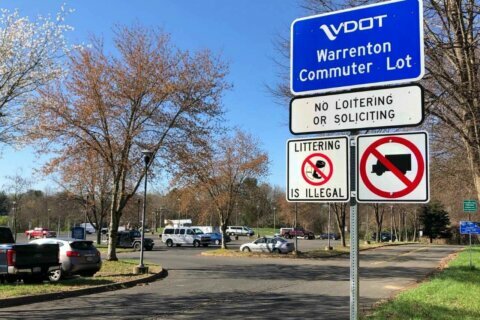