Primary day 2019: Who’s on the Virginia ballot, and how to vote

Primary elections are underway in Virginia, and throughout the commonwealth, voters are deciding who will appear on the ballot this fall. Voter turnout has been low so far, but those who made it out have a wide range of candidates to choose from in certain races.
Listen now to WTOP News WTOP.com | Alexa | Google Home | WTOP App | 103.5 FM

Primary elections are underway in Virginia, and throughout the commonwealth, voters are deciding who will appear on the ballot this fall. Voter turnout has been low so far, but those who made it out have a wide range of candidates to choose from in certain races.

Voters are heading to the polls to determine party nominees for General Assembly seats as well as local offices, including an unprecedented battle for the top spot in Fairfax County.

This is how precinct captains know campaign volunteers are a legal distance away from voters. Alex Turner of Reston, Va precinct 223 explains #FFXprimary19 @WTOP @fairfaxvotes pic.twitter.com/nt5fknH0yA

By law, voters will need to provide a photo ID. If you can’t provide one immediately, you can still cast a provisional ballot that will count if an ID is provided in the following days.

Any of the following are accepted. You are only required to show one form of ID.

Photo IDs can be used to vote up to one year after the ID has expired.

If you need to know where you vote, the Virginia Department of Elections has the links.

Who’s on the ballot? Find out from the Department of Elections.

If you have any other questions, you can ask your local voter registration office. The Virginia Department of Elections page has the links to get in touch with yours.

Not everyone has a primary to vote in — some races only have one candidate from a particular party, and some pick their candidates in other ways, such as caucuses.

Virginia doesn’t register voters by party, so if more than one party is holding a primary in your area, you can vote in either one, but not both.

The big race is for chair of the Board of Supervisors, which will see its first Democratic primary in decades.

Four candidates — Lee District Supervisor Jeff McKay, at-large school board member Ryan McElveen, Georgetown Law professor Alicia Plerhoples and developer Tim Chapman — are running to represent the county’s 1.1 million residents. Each would see himself or herself as the favorite in November against Republican Joe Galdo.

That’s not all, though — five seats will change hands in November, thanks to retirements and McKay’s desire to move up.

Fairfax County voter Tim Duggan told WTOP that pace of development in the county — among other issues — was on his mind during this primary.

“All politics is local, so start local,” Duggan said. “Quality of life, the future for our kids.”

WTOP’s Max Smith and Kristi King contributed to this report. 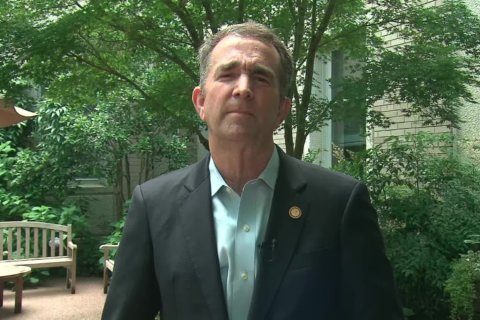