Lee District Supervisor Jeff McKay won the "unprecedented" Democratic primary for chair of the Fairfax County Board of Supervisors, according to unofficial election results. Incumbents of both parties were unseated in races for supervisors and the Virginia General Assembly, and two area commonwealth's attorneys were unseated by challengers looking to change the criminal justice system.
Listen now to WTOP News WTOP.com | Alexa | Google Home | WTOP App | 103.5 FM

Incumbents of both parties were unseated in races for supervisors and the Virginia General Assembly, and two area commonwealth’s attorneys were unseated by challengers looking to change the criminal justice system.

It also looks as though a Democratic former delegate who had to commute to the State House from jail will be headed to the Virginia Senate.

All results below are unofficial, but with 100% of precincts reporting.

The highest-profile race was for the chair of the Fairfax County Board of Supervisors, which had its first Democratic primary in decades. Even so, WTOP’s Max Smith said at 7 p.m. that voter turnout was on track to be under 10 percent.

Lee District Supervisor Jeff McKay appears to have beaten out at-large school board member Ryan McElveen, Georgetown Law professor Alicia Plerhoples and developer Tim Chapman. With all but one precinct reporting, McKay had a lead of about 7,500 votes over Plerhoples:

The board will see more new faces, thanks to retirements and McKay’s leaving his seat to run for chair. 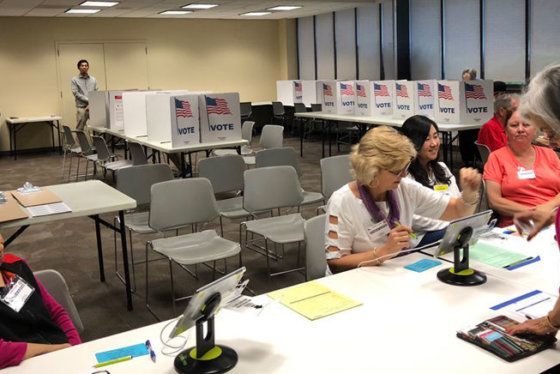 In the Braddock District, James Walkinshaw, a former chief of staff to U.S. Rep. Gerry Connolly, appears to have beaten Irma Corado, a data analyst and activist, for the Democratic nominations to succeed John Cook.

In the Hunter Mill District, environmental expert Walter Alcorn appears to have won the race for the Democratic slot to succeed Catherine Hudgins.

See all the Fairfax County primary results on the Virginia Board of Elections website.

In the county’s single Democratic primary for supervisor, incumbent Koran Saines appears to have retained his seat with 52% of the vote over lawyer Ibrahim Moiz.

Democrats are also picking a number of nominees for supervisor.

In the Coles District, Raheel Sheikh appears to have beaten L.T. Pridgen:

In the Neabsco District, new supervisor Victor Angry, the county’s first black supervisor, beat back a challenge from Aracely Panameno.

In the Occoquan District, Kenny Boddye appears to have beaten A.C.E. Edmond:

In the Woodbridge District, Margaret Franklin appears to have upset Supervisor Frank Principi. If she wins in November, she would be the county’s first black woman supervisor:

See all the Prince William County primary results on the Virginia Board of Elections website.

In the district comprising Fairfax County and Fairfax City, as well as the one comprising Arlington County and Falls Church, incumbent commonwealth’s attorneys lost primary challenges aimed at reforming the criminal justice system as a whole to reduce criminal prosecutions and jail terms.

Descano sought to capitalize on a wave of support for criminal-justice reform. He received a huge boost from a political action committee funded by liberal billionaire George Soros that donated nearly $400,000 to his campaign.

He also received support from former Gov. Terry McAuliffe, who was upset that Morrogh opposed his effort to automatically restore the voting rights of convicted felons.

See the results on the Virginia Board of Elections page.

In Arlington County and Falls Church, Parisa Dehghani-Tafti appears to have unseated incumbent Theo Stamos; she has about a 400-vote margin, and provisional ballots are still to be counted.

She was endorsed by former Virginia Gov. Terry McAuliffe and The Washington Post and received more than $580,000 from a political action committee funded by liberal billionaire George Soros.

It was one of several northern Virginia races where veteran prosecutors faced tough challenges or opted not to seek re-election.

See the results on the BOE site.

In Prince William County, Democrats are picking their candidate to replace long-time prosecutor Paul Ebert. Amy Ashworth has topped Tracey Lenox by about a 2-to-1 margin.

You can see all the Democratic and Republican primary results on the BOE site.

In the 13th Senate District, based in Loudoun County, Supervisor Geary Higgins appears to have beaten Supervisor Ron Meyer for the Republican nomination to replace retiring hard-line conservative Sen. Dick Black. Higgins has a 2-to-1 lead.

In the 87th House District, which covers parts of Loudoun and Prince William counties, four Democrats are running for the nomination for the seat being left open by Del. John Bell, who is running for the 13th District Senate seat. Suhas Subramanyam looks to have beaten Hassan Ahmad, Akshay Bhamdipati and Johanna Gusman.

In the 31st Senate District, based in Arlington County, Sen. Barbara Favola looks to be safe from a challenge by Nicole Merlene, with Favola holding 62% of the vote.

Del. Alfonso Lopez appears to have beaten back a challenge in the Arlington-based 49th House District from JD Spain, by about a 3-to-1 margin.

In the 35th Senate District, covering parts of Fairfax County, Alexandria and Falls Church, Senate Democratic leader Dick Saslaw apears to have beaten back a sharp challenge from his left from Yasmine Taeb. He won 48.86% of the vote, about a 500-vote lead over Taeb. Karen Elena Torrent placed third. It was Saslaw’s first primary in four decades.

In the 33rd District, which includes parts of Fairfax and Loudoun counties, Sen. Jennifer Boysko, who won a special election to replace now-U.S. Rep. Jennifer Wexton, appears to have fended off a challenge from Sharafat Hussain.

In the 28th Senate District, representing parts of Stafford, Prince William, Spotsylvania, King George and Westmoreland counties, Qasim Rashid appears to have won with about 60% of the vote over Laura Sellers for the Democratic nod.

In the 50th House District, in the Manassas area, Del. Lee Carter, a Democratic Socialist, appears to have beaten Manassas City Councilman Mark Wolfe, who ran as a moderate. in the Democratic primary. Carter has about 57% of the vote.

Longtime Del. Luke Torian has kept his slot in the 52nd House District in Prince William County over Kevin Wade, who was under fire in April over a racist video shared on Facebook.

In the 17th Senate District, representing Spotsylvania, Orange, Albermarle, Louisa and Culpeper counties and Fredericksburg, Amy Laufer has about 78% of the vote over Ben Hixon for the Democratic nomination. Republican Sen. Bryce Reeves has a commanding lead in his primary challenge from Rich Breeden.

In the same area, in the 28th House District, it appears Del. Bob Thomas has been unseated by former Stafford County Supervisor Paul Milde. Milde won about 51.4% of the vote.

Thomas recently drew attention for his support of tight abortion bans; Milde challenged Thomas as not being conservative enough after Thomas was one of three Republican lawmakers who backed the Medicaid expansion. Thomas won two years ago by just a few dozen votes in a general election race that was disputed due to voters being assigned to the wrong districts. He is also a former supervisor. Thomas has attacked Milde for tax issues and a 1980s drug conviction.

In the 24th Senate District, which is based in Augusta County but stretches east into Culpeper County, Sen. Emmet Hanger, a Republican, appears to have held onto his seat again Tina Freitas, the wife of Del. Nick Freitas. Hanger has about 57% of the vote.

In the 38th House District, Del. Kaye Kory, of Falls Church, is being challenged by Andres Jimenez in the Democratic primary. Kory has about 63% of the vote.

In the 88th District, covering Stafford, Spotsylvania and Fauquier counties and part of Fredericksburg, Jess Foster appears to have beaten Kecia Evans for the Democratic nomination.

Outside of the WTOP area, races drawing significant attention include former Del. Joe Morrissey’s challenge to incumbent Sen. Rosalyn Dance in the Richmond area. Morrissey has about 56% of the vote.

Morrissey commuted to the General Assembly from jail after being convicted of contributing to the delinquency of a minor for his apparent relationship with his 17-year-old receptionist, who is now his wife.

Morrissey is still appealing the most recent loss of his law license. He is a former prosecutor and defense lawyer.

You can see all the Virginia results on the main BOE page; click on your county, or the General Assembly races for your party.

The Associated Press and WTOP’s Max Smith contributed to this report. 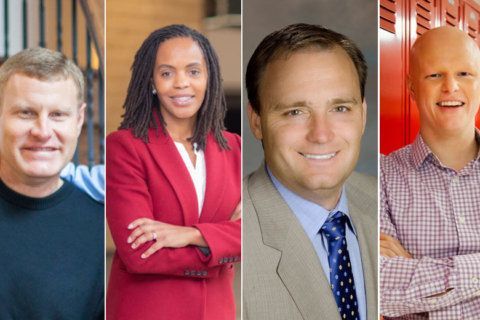 Who’s who in ‘unprecedented’ race for Fairfax County chair 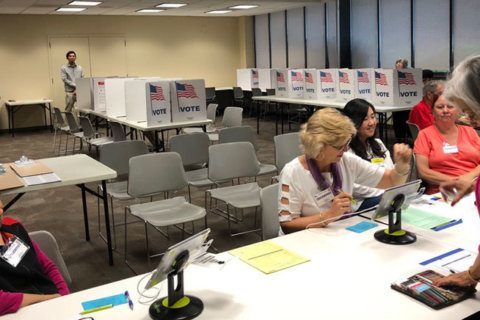