Northbound U.S. 29 will be closed for nearly a month this summer in Fauquier County, Virginia, near the Prince William County line, for significant safety improvements after a long history of serious crashes.

The Commonwealth Transportation Board approved a $3.5 million contract last week to flatten out the road by removing hills on U.S. 15/U.S. 29 approaching Vint Hill Road/Va. 215. The hills make it difficult to see what is on the road ahead, forcing some drivers to slam on the brakes and crashes, when others were not able to do that in time.

“This location has a significant crash history and consistently ranks as the top targeted safety need in the Culpeper District due to substandard stopping sight distance for northbound traffic. The project will cut two hills and regrade the northbound lanes to improve the sight distance on the approach to the Route 215 intersection,” a statement from the transportation board said.

A state study found the hills provided enough time to react only for drivers going closer to 35 mph, not the 60 mph design speed of the Route 29 corridor. About 50,000 vehicles use Route 29 between Warrenton and the Prince William County line each day.

The closure is scheduled from July 8 to Aug. 2 from near the entrance to Battlefield Baptist Church, to just before the intersection with Vint Hill Road. It is scheduled so that the road will reopen before school starts, although additional work could continue for about two months.

Southbound traffic will not change during the work, and access to Vint Hill Road from the southbound lanes will remain open. Traffic from Vint Hill Road is due to still be able to go either north or south on Route 29.

The detour for northbound traffic will be to use Route 17 north from Warrenton to Interstate 66. Local traffic can use Broad Run Church Road/Va. 600 and Vint Hill Road.

The plan for the closure was first announced in late February, which left a short timeline to get a contractor in place to design and build the fixes. 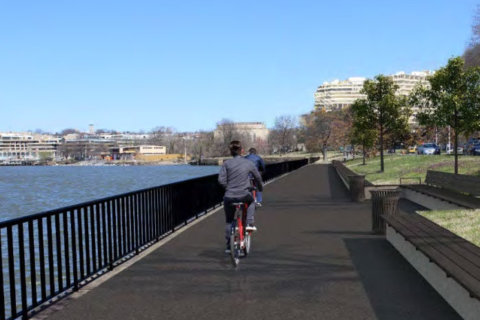