Thousands still without power in Va. after Michael

As of Saturday morning, there were more than 175,000 outages throughout Virginia. Chesterfield, Newport News and Virginia Beach were among the cities with the most costumers without power.

WASHINGTON — Thousands of people in central and southern Virginia were still waiting for power to be restored on Saturday, after the remnants of Hurricane Michael moved up the east coast with winds of up to 50 miles per hour.

More than 152,000 customers were without power throughout Virginia on Sunday, though that number had fallen below 90,000 by Sunday morning. The Richmond and Norfolk areas were the worst impacted by the storm, with the highest numbers of customers still in the dark.

At the height of the storm, more than 600,000 Dominion Energy customers were impacted in what the company says is the 6th largest power outage since its founding in 1983. The vast majority of outages in the D.C. area had been resolved by Friday evening, though flooding, high winds and even a few tornadoes contributed to lingering outages further south.

As of 3 p.m. on Saturday, Dominion Energy had restored power to more than four-fifths of its customers, but about 115,000 still remained without power. The company said that more than 6,000 personnel and an additional 200 out-of-state crew members are working on the outages.

Anticipating major damage, we didn’t send crews to assist other areas. In fact, we brought in extra help from our peers. Today, we are being joined by an additional 200 out-of-state crew members. pic.twitter.com/yPOMVT2QbU

Rappahannock Electric Cooperative (REC) said about 229 of its customers were still without power on Saturday afternoon, with most outages remaining in Essex, King and Queen, and King William counties, where the storm damage was most severe. At the peak of the storm, more than 12,000 customers lost power.

REC said all of its remaining customers could expect service restoration by Saturday evening.

“Crews have encountered numerous downed trees, broken poles, flooded roads and saturated rights of way, slowing progress in some locations,” the power provider said in a news release, adding that some remaining locations “will require significant repairs on lines that are difficult to access.”

See below a map of current outages in Maryland, D.C. and Virginia. 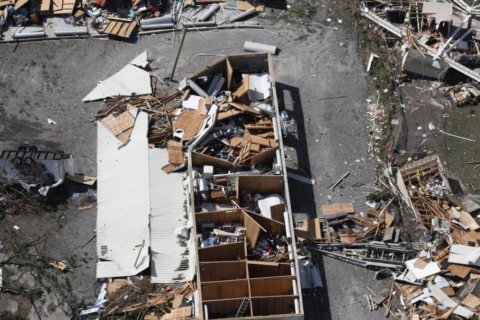 Michael’s death toll rises to 17, including 5 in Virginia 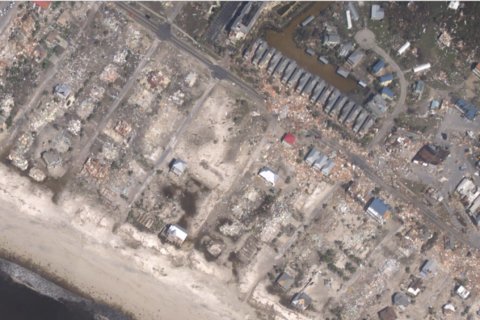