Republican leaders in the Virginia House of Delegates are now backing a Medicaid expansion. The expansion could cover about 300,000 Virginians, but it sets up a budget showdown with Republicans in the Senate.
Listen now to WTOP News WTOP.com | Alexa | Google Home | WTOP App | 103.5 FM

The Republican-led Senate Finance Committee did not include Medicaid expansion in its budget proposal though, setting up a showdown over the approximately $600 million in differences from the House Appropriations Committee’s plan.

Republicans hold the narrowest of majorities in each chamber and will lead the conference committees that will have about two weeks after the chambers are scheduled to approve their own budget plans Thursday to work out an agreement before session ends March 10.

A budget agreement must get a majority vote in each house, even the Senate, since Lt. Gov. Justin Fairfax is not permitted to break a tie on the budget.

Virginia would also seek a waiver from the Trump administration in order to institute a work requirement for many Medicaid beneficiaries. Gov. Ralph Northam, a Democrat, has agreed to that provision and praised the expansion plan.

Those in the newly covered group would also be responsible for paying a premium.

Virginia Democrats have pushed for the expansion for years since the Affordable Care Act, or Obamacare, allowed it. The federal government pays about 90 percent of the costs.

The House budget plan assumes the federal funding, a new hospital tax and savings in a variety of other areas once more people have insurance coverage will boost Virginia’s general fund by $370 million over the next two years.

While the Senate plan does not currently include the expansion, Finance Committee Chairman Sen. Emmett Hanger said negotiations would continue.

The House and Senate plans each either include or hope for raises for teachers and some other state or local workers over the next two years.

The Senate plan has more contingencies since there is less funding available.

Under the House plan, teachers would get 2 percent raises starting in the summer of 2019.

The House would also fund a new cyber training program with a hub in Northern Virginia led by Virginia Tech that would include startups and established companies. 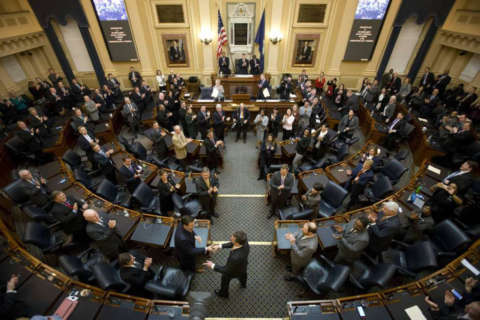