While the percentage of misassigned voters is extremely small, November’s election has demonstrated that even a small percentage can have a major impact.
Listen now to WTOP News WTOP.com | Alexa | Google Home | WTOP App | 103.5 FM

And while the percentage of misassigned voters is extremely small, November’s election has demonstrated that even a small percentage can have a major impact.

In Fairfax County, Virginia’s most-populous jurisdiction, 333 out of about 743,000 registered voters were found to be assigned to the wrong districts, Registrar Cameron Sasnett said.

In Loudoun County, 36 registered voters out of about 245,000 were found to be assigned to the wrong districts.

“We have [5.5] million registered voters in Virginia, and we are going to have a handful here and there…but we check them, we get them corrected very quickly,” Loudoun County Deputy Registrar Richard Keech said. “In Loudoun County, we found a few just recently in a town election. We took very swift action to fix those.”

In more dense areas, wrongly assigning a single address can have a much larger impact, because it means hundreds of voters may cast ballots in incorrect races, Arlington County Registrar Linda Lindberg said.

“We actually had one building that got misassigned to the wrong precinct, but that’s in an area where we had a lot of new construction. And, again, it’s a human error, because we’re the ones that have to manually assign people to the correct precinct, and it was just put in the wrong one,” Lindberg said.

That has since been corrected, and those Arlington voters got new cards in the mail listing their correct district assignment.

Prince William County’s Office of Elections expects to launch its own review in coming weeks.

In Stafford County and Fredericksburg, the state Department of Elections completed its own review in November after questions were raised about the 28th District election.

That review found a total of 384 registered voters assigned to the wrong House districts in parts of Stafford County and Fredericksburg. The voters were wrongly assigned to the 2nd, 28th or 88th districts.

Republican Bob Thomas won the 28th District race by 73 votes in an area where at least 147 people cast ballots in the wrong House of Delegates races. The win contributed to Republicans narrowly keeping control of the House 51–49, and it led state elections officials to acknowledge there could be more misassigned voters elsewhere.

He plans to send an additional reminder this spring on a postcard to ensure each voter gets the message. 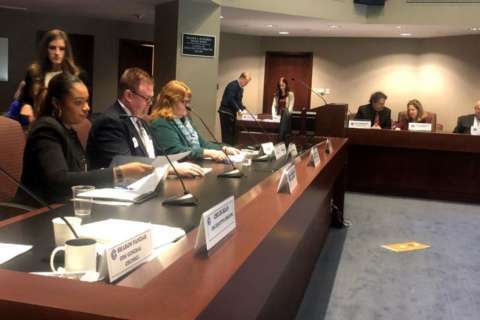