In a major milestone for Metro funding, each house of Virginia's General Assembly approved on Tuesday more than $100 million per year for the system. Legislators also banned handheld cellphone use behind the wheel.
Listen now to WTOP News WTOP.com | Alexa | Google Home | WTOP App | 103.5 FM

RICHMOND, Va. — In a major milestone for Metro funding, each house of Virginia’s General Assembly approved on Tuesday more than $100 million per year for the system.

The details of the first new funding for the system and related restrictions and reforms must be hashed out before the session ends March 10; but the votes were critical since it was the deadline known as “crossover,” when bills must pass in the house where they were introduced in order to have any chance of becoming law during the 60-day session.

Amid the flurry of activity on the deadline day, one house or the other also kept alive bills that would ban handheld cellphone use by drivers, set a minimum on the regional gas tax, and add a gas tax along Interstate 81 to pay for upgrades.

Ban on handheld phone use behind the wheel?

A revote allowed the House to narrowly pass a bill that would ban any handheld cellphone use behind the wheel in Virginia.

Maryland and the District have wider bans aimed at reducing distracted driving and crashes.

Initially, the bill failed 47-53, but it passed later in the afternoon 50-47, with three delegates not voting.

The Metro funding plan from the Senate, approved 25-15, largely tracks proposals from former Gov. Terry McAuliffe’s term to raise several regional taxes in Northern Virginia to levels approved by the General Assembly in 2013.

Those tax rates on hotel rooms and real estate transactions were revised before the 2013 transportation funding measure became law.

Other funding in the bill would come from an existing rental car tax, existing regional sales taxes, and a floor on the regional gas tax. Currently, that would add about 2 to 3 cents per gallon.

The Senate bill does not include any funding to address other statewide transit capital needs, which are rapidly approaching a $110-million-per-year cliff. One way the bill had originally included to pay for that was to expand sales taxes to cover Uber and Lyft rides. That is no longer in the bill.

The Senate version would require that Metro limit operating expense growth for existing services to three percent annually. Any violation of that cap would lead to the new funding being taken away.

The House version proposes less money than the $154 million Metro has said it requires from Virginia, and it would implement a two percent cap on operating spending growth.

The House bill shifts existing tax dollars and does not include the funding from a potential gas tax floor.

The differences in the two bills are now expected to be hammered out by March 10.

After Virginia acts, Maryland and the District are expected to pass similar legislation. Each will be contingent on the other jurisdictions chipping in their shares.

Interstate 81 could get upgrades paid for by those who buy gas up and down the corridor, under a bill approved by the Senate.

The bill would set up a new regional gas tax in western Virginia that, along with potential tolls on cars and/or trucks, could be used to pay for I-81 corridor improvements.

The money would be handled by a regional transportation body similar to the Northern Virginia Transportation Authority. 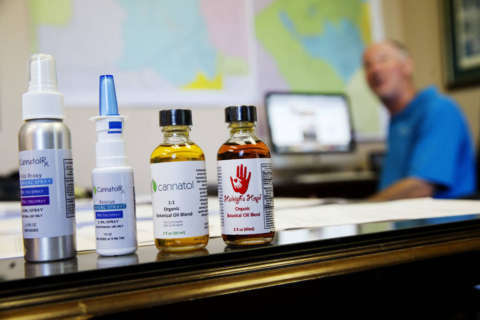