RICHMOND, Va. — After the November election resulted in four recounts for Virginia House races, one of which ended in a tie, members of the State Board of Elections said one lesson is clear: Voters who want their ballot counted need to be sure to clearly mark it.

Incumbent David Yancey won the drawing, giving Republicans a likely 51-49 majority in the House. Although Yancey’s opponent could try to challenge the outcome, Republicans would still maintain a slim majority.

A key issue in that Newport News race and the other three recounts was confusing ballot marks and determining which candidate those voters intended to support.

The most contentious ballot, challenged later than usual under Virginia recount rules, resulted in the tie. The recount court counted the ballot for Yancey. Both candidates’ bubbles were filled in, but a small line ran through the bubble for Democrat Shelly Simonds.

The Board of Elections plans to update its hand-counting guidelines for future recounts to provide guidance on such ballots and other questions that arose during the December recounts. They made other updates in 2015.

“The best time to do that though is when you don’t have a partisan decision in front of you, and so then everybody can get together and objectively say yes this either should be counted or should not be counted no matter which candidate’s on there,” Alcorn said.

Elections officials also plan to provide more training for poll workers about the opportunities for voters to request a replacement ballot if a voter makes a mistake or a pen explodes, for example.

All voters in Virginia now vote on paper ballots. The Board of Elections banned electronic touch-screen machines from widespread use last year due to hacking concerns.

“We have something to see. We know the intention of the voter by looking at the ballot,” Vice Chair Clara Belle Wheeler said. “The hand-marked ballots that we have in Virginia are about as simple and pure as you can get.”

Fill in those circles

Her message to voters is to just follow directions.

“It’s not an X, it’s not circling the name, it’s filling in the little circle. It cannot be more simple than that,” she said.

Elections officials have to discount ballots if the voter selects too many candidates for a particular race or if no candidates are chosen.

“It’s incumbent on all of our voters to be careful, this is important,” Wheeler said.

If there are multiple marks on a ballot, and the race goes to a recount, then the recount officials attempt to determine a voter’s intent for that race based on the guidelines from the state.

“Make sure that you fill in the little circle appropriately, that you only vote for the number of the candidates you are entitled to vote for in that election. These are things we all need to remember when we come to vote,” she said.

After losing the drawing Thursday, Simonds suggested she could ask for a second recount, or contest the election in the House of Delegates, or file some other type of challenge to her apparent loss. Virginia law is not clear on whether a second recount is allowed, but House Republican lawyers believe that it is.

“I think that’s an open question that’s above my pay grade,” Alcorn said.

For now, House Republicans expect to elect Del. Kirk Cox of Colonial Heights as House speaker when the General Assembly convenes Wednesday. Republicans would also be able to set the rules for the two-year term with their slim majority.

“Never more than on this day, in this election in November, do we see that every vote is important,” Wheeler said. 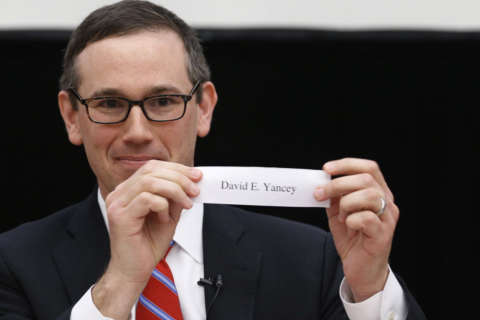 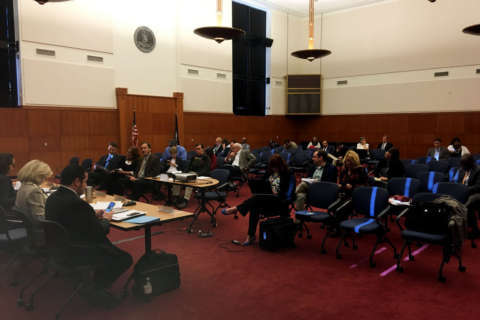 Lady Luck to decide balance of power in Va. House