Some 147 voted in wrong House of Delegates race in Va.

WASHINGTON — At least 147 people voted in the wrong Virginia House of Delegates race in Fredericksburg and Stafford County, new documents prepared for the State Board of Elections show.

This is the first confirmation that the voter assignment issues also apply to some Stafford County residents, in addition to people in the city of Fredericksburg.

While some of the voters identified as assigned to the wrong House district live within a few hundred yards of the correct district line, others are somewhat farther away in spots where pure mapping mistakes become a less likely cause of the issues.

The Department of Elections conclusions were developed by manually checking addresses of voters, which identified at least 384 registered voters wrongly assigned to either the 28th or 88th district, then comparing those names against voter rolls from Nov. 7.

The analysis concludes 125 voters incorrectly voted in the 28th District, where the State Board of Elections is due to certify results Monday that show Republican Bob Thomas leading Democrat Joshua Cole by 82 votes.

It finds 22 voters wrongly cast ballots in the 88th House of Delegates District, where Republican Mark Cole won re-election by 4,104 votes. There is no way for elections officials to know which candidate any of these voters cast ballots for.

The Department of Elections emphasized in its conclusions that it has limited resources and is not directly responsible for the House District assignments, and so does not do any type of audits of the system.

The statewide voter registration address list is not checked against a map regularly, unless specific requests are made for assistance. The department also only began using modern digital mapping technology last year, so there could be misassigned voters in other parts of the state.

The voters wrongly assigned in Stafford County live at:

The voters wrongly assigned in Fredericksburg live at: 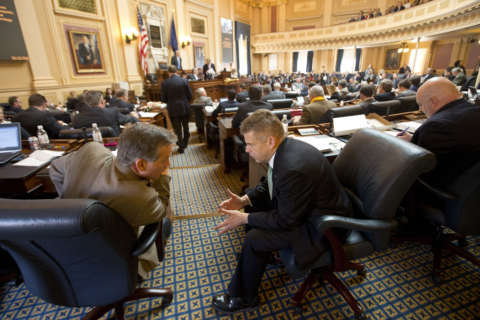