A change in state law that limits the ability of local governments to require developers to pay for improvements to roads or schools has led to a drop-off in applications for new home construction throughout Northern Virginia.
Listen now to WTOP News WTOP.com | Alexa | Google Home | WTOP App | 103.5 FM

ARLINGTON — New home development has slowed across Northern Virginia since new rules kicked in last summer limiting what public infrastructure developers were allowed to pay for as part of new construction projects, leaders from the region’s counties said.

Loudoun County has not seen a single application for a new residential development since the state law changing proffer rules kicked in last July, Board of Supervisors Chairman Phyllis Randall said.

“It completely put ice water on the residential development community,” she told a group of business leaders Wednesday during a meeting with Northern Virginia elected officials.

Fairfax and Prince William counties are seeing similar slowdowns, their leaders said at the summit.

The revised state law limits what local governments can ask developers to pay for — including requiring that affordable housing units be included in a project or cash to pay for nearby road or school improvements — unless the construction is in specific areas including areas around Metro stations.

“And if we think that in this region people who need affordable housing are people who are just kind of down on their luck and not working, you’re not paying attention. In this region, affordable housing is our firefighters, our police officers, our teachers, our nurses, our retail workers. And one of the things that the proffer bill did was disallow us from asking for any affordable housing units above what is already allowed to be proffered unless you put them into the small area plan,” Randall said.

In Fairfax County, developers have pivoted to focus on areas around Metro stops or to build commercial development, Board of Supervisors Chairman Sharon Bulova said.

“We’ve had the same experience with the proffer bill, and essentially it’s just residential development sort of dried up,” Bulova said.

Apart from the changes prompted by the law, some developers had already increased their focus in recent years on building near transit, including Metro and VRE stations.

Prince William County Board of Supervisors Chairman Corey Stewart warned that without a change to the law, Northern Virginia would see undesirable development based on local zoning laws approved in the 1950s and 1960s

“(A) lot of cheap stuff that we don’t want, and by the way, the development community doesn’t want it either,” Stewart said.

“Unless this is fixed ….it’s going to get worse and worse as we go on,” he said.

Randall, the Loudoun County chair, said she did not expect to see the law changed during the upcoming General Assembly session because it will be the first year of a new administration.

“Maybe something will happen next year,” Randall said.

“I’m not sure what counties this has worked for, but it certainly has not worked for Loudoun County.” 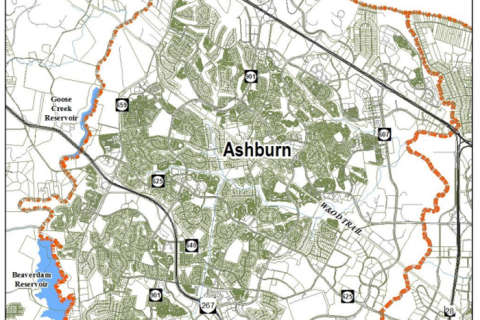