EDITOR’S NOTE: This article has been edited to include information on Payton’s Project, Inc.

WASHINGTON — The issues of mental health and bullying in Virginia schools are addressed in two new laws signed Tuesday by Gov. Terry McAuliffe at Forest Park High School in Woodbridge. 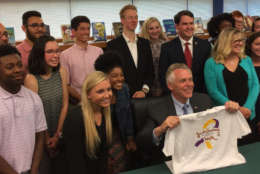 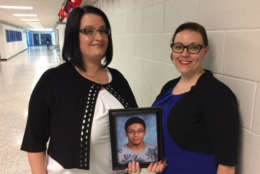 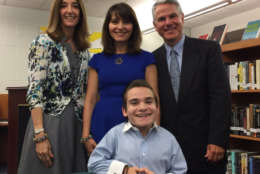 “We want students to come to school to focus on education and not be worried about people bullying them,” McAuliffe said. “Or, if there’s issues out there [mentally], we have the counselors here and they can address those issues as soon as possible.”

The new law requires school counselors to be trained to recognize mental health disorders and behavioral distress, including depression, trauma, violence, youth suicide, and substance abuse. It was sponsored by Sen. Jeremy McPike, a Democrat representing Dale City and Manassas.

The law was inspired by 17-year-old David Cobb, who was a student at Osbourn Park High School in Manassas. David’s mother, Kimberly Fleming, said that David spoke to a counselor who did not realize the extent of David’s problem. He killed himself after being released from school. “Always knew how to make mama laugh. I miss him. I miss him very much,” Fleming said.

The counseling law is similar to a Maryland law inspired by the death of Lauryn Santiago, McPike said.

McPike met Santiago’s mother at a suicide prevention walk last year when they shared how they both lost someone. McPike lost a brother; she lost a child who was bullied. They discussed how they might improve counseling efforts.

“There’s a whole network of parents and family members who have lost a loved one who say, ‘We don’t want this ever to happen again — we have to step up,'” McPike said.

The other law passed requires schools to notify parents within five days of an alleged case of bullying. Del. Eileen Filler-Corn, a Democrat who represents the Springfield and Fairfax areas, sponsored it. It was inspired by 17-year-old Brandon Farbstein, who experienced cyber bullying.

“I was diagnosed with a rare form of dwarfism, resulting in my being the height of the average 6 1/2-year-old boy,” Brandon said.

“We can and we should do better,” Filler-Corn told the Farbstein family when they contacted her about their concerns.

“I, as a parent, would have felt better supported had I heard what was going on in each step of the investigation and what the next phase would entail,” Sylvia Farbstein, Brandon’s mother, said. “All communication was initiated by me.”

“This will allow the communication to flow both ways,” Sylvia said.

Farbstein’s husband, Steve, acknowledges that the issue of bullying is tough and feels the new law establishing accountability will help. But he also hopes it inspires additional, protective legislation.

Losing a child can turn parents into advocates.

Payton’s Project — Freeze Bullying For Payton was founded by Brent and Kim Freeze after bullying led to the suicide of their daughter Payton last year.

Payton attended Prince William County Schools and a Freeze Bullying Scholarship for students is among efforts supported by Payton’s Project to stop bullying. 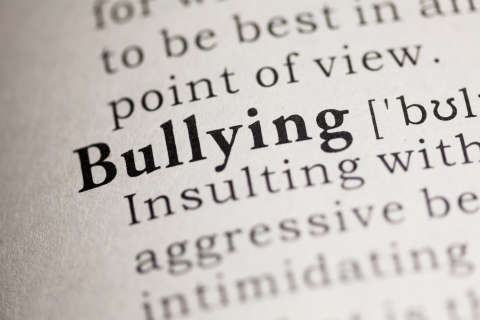