VDOT says it plans to encourage people to use U.S. 301 when construction on three big interchange projects on I-95 gets underway.
Listen now to WTOP News WTOP.com | Alexa | Google Home | WTOP App | 103.5 FM

WASHINGTON — The Virginia Department of Transportation is studying what can be done to improve safety and avoid future congestion on U.S. 301 as it looks to push the highway as a primary alternate to Interstate 95.

Right now, the highway has generally been a well-kept secret for drivers wanting to ditch chronic slowdowns on the interstate and take a more scenic drive to the east.

But, VDOT says it plans to encourage people to use U.S. 301 when construction on three big interchange projects on I-95 get underway.

With Maryland recently announcing plans to widen the Harry Nice Bridge over the Potomac River and the road already being a viable commuting option for those traveling between Fredericksburg and D.C., the department is trying to jump ahead of any future development.

VDOT wants to make sure the infrastructure is in place ahead of time to avoid retrofitting projects such as the U.S. 17 widening effort in Stafford County, Virginia.

The department states that this study will find the necessary improvements to handle extra traffic, and identify strategies to promote U.S. 301 and Virginia Route 207, which is a popular connector between I-95 and U.S. 301.

A presentation on the study showed a minimal difference in travel time from Ruther Glen, Virginia, to the north side of the Baltimore beltway between I-95 and the combination of Virginia Route 207, U.S. 301, Maryland Route 3 and I-97 without traffic.

The push to use U.S. 301 instead of I-95 is expected to upset some officials.

The Fredericksburg Free Lance-Star reports that VDOT officials are aware Maryland officials may not be thrilled with more traffic being put onto its stretch of U.S. 301, which is already sluggish with traffic lights and congestion.

It also says officials in King George and Caroline counties aren’t too thrilled with the increased traffic, either.

King George County supervisor Ruby Brabo told the paper that the county is trying to avoid the explosive growth that has been seen in Stafford and Spotsylvania counties.

Officials expected to be complete the VDOT study by March 2018. 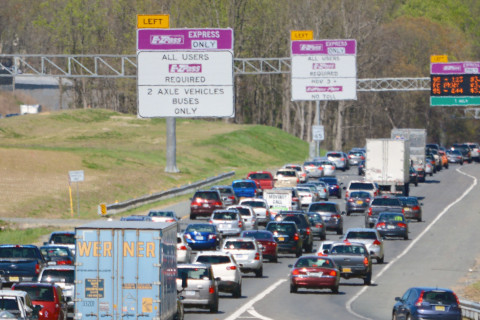