Coronavirus News: Fairfax Co. votes to increase substitute teacher pay | Is it time to get a COVID-19 booster? Which one? | Local cases of COVID-19 | How many in DC region are vaccinated?
Home » Virginia News » Va. lawmakers push governor…

“If the governor took a firm position on this bill — the merits of it are so obvious that I don’t think anybody would frankly have the chutzpah to oppose it,” Democratic Sen. Chap Petersen said.
Listen now to WTOP News WTOP.com | Alexa | Google Home | WTOP App | 103.5 FM

WASHINGTON — A bipartisan group of lawmakers called on Virginia Gov. Terry McAuliffe on Tuesday to restore a policy that could save residents money on their electric bills.

The move comes nearly two weeks after he belatedly voiced support for the change — after it had died in a Senate committee.

Sen. Chap Petersen, a Democrat representing Virginia’s 34th District, and Sen. David Suetterlein, a Republican representing Virginia’s 19th District, joined several other General Assembly members at a news conference with the Virginia Poverty Law Center in a last-ditch push to change a law that gives power companies an exemption from regular base rate reviews by the State Corporation Commission.

Under regular policy, the commission ensures that utilities are not charging rates that lead to an excess profit.

The reviews can lead to millions of dollars being refunded to ratepayers.

“(It) was described as the rate freeze when it was passed two years ago … but in reality was a refund freeze because it froze the ability of consumers of electricity in Virginia to receive refunds when excessive profits were earned by our two monopoly utilities, Dominion (Energy) and Appalachian Power,” Petersen said.

Savings for customers could be up to $1 billion through 2020, he said.

But David Botkins, a Dominion spokesman, said that in fact, the legislation McAuliffe signed in 2015 froze rates and provided “certainty” for residential and business customers.

At the time, Dominion said the bill was needed to offset the potential impact of the Environmental Protection Agency’s Clean Power Plan.

Supporters of reinstituting the rate reviews said that under the Trump administration, the Clean Power Plan — which is aimed at increasing renewable energy use and reducing pollution from coal-fired plants — will never be implemented, so the 2015 legislation serves no purpose.

But “the Clean Power Plan is not dead,” Botkins said. “It still exists, and a federal appeals court is now reviewing it.”

“It would be irresponsible to throw out Virginia’s laws on the books before anyone knows what the rules will be going forward,” he added.

Former Virginia Attorney General Ken Cuccinelli, who is now helping the Virginia Poverty Law Center challenge the 2015 law as an unconstitutional usurpation of the State Corporation Commission’s power, said he is friends with Scott Pruitt, the new head of the EPA, and he is certain that the Clean Power Plan currently tied up in court will never be implemented.

Cuccinelli argued that if the environmental rules were truly the reason for the freeze, then Petersen and Suetterlein’s proposal to lift the freeze if and when the policy is canceled would not be controversial.

“The rationale — I would say excuse — given at the time was to deal with the costs of the Clean Power Plan. … That was never true,” he said.

He charged that both Dominion and Appalachian are earning excessive profits based on previous State Corporation Commission calculations, which could amount to $10 per month for some Dominion customers.

“This has real impacts in real people’s real lives,” Cuccinelli said. “It’s 70 percent of ordinary folks in Virginia versus a couple of very, very politically and economically influential companies here not only in the capital but across Virginia.”

Dominion points to its rates remaining lower than some other parts of the country as a sign that prices are reasonable. For industrial customers such as data centers, Dominion said, only five states have lower rates than Dominion charges (Washington, Montana, Nevada, Oklahoma and Louisiana).

But when all parts of a power bill are factored in, the Virginia Poverty Law Center said, Virginians actually face the 10th-highest bills in the nation.

Dominion is one of the state’s biggest political donors, and “the people of Virginia have suffered for it” through incremental changes, Cuccinelli said.

Petersen and Suetterlein said McAuliffe could revive their proposal only when the Clean Power Plan is revised or repealed by adding the language of their bill as a proposed amendment to another bill related to the power companies.

“The governor claims to care a lot about this, but if he doesn’t actually do anything, he probably doesn’t care that much,” Suetterlein said.

McAuliffe did take a public position on Feb. 9, weeks after a Senate committee had killed the bill for the year on a bipartisan 11 to 2 vote.

“If the governor took a firm position on this bill — the merits of it are so obvious that I don’t think anybody would frankly have the chutzpah to oppose it,” Petersen said. 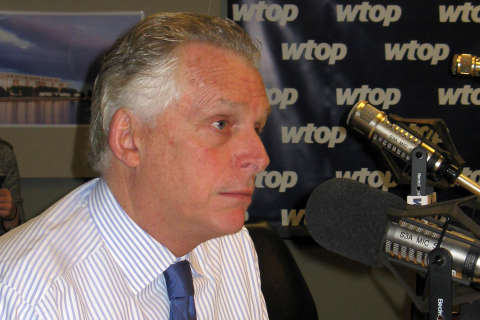