In a meeting with reporters, McAuliffe addressed a topic that many law enforcement and mental health experts say is critical: About 16 percent of Virginia’s jail inmates were “known or suspected to be mentally ill,” according to a study last June.

“We need someone in those jails who can determine if someone has an issue with mental health,” McAuliffe said at a news briefing. In a letter to legislative leaders, he called on the General Assembly to approve his budget request for $4.2 million “to provide for training of jail staff in mental health screening and to provide grants to jails for mental health assessments.”

McAuliffe also asked for $200,000 for the Virginia Department of Corrections to hire two investigators “to review deaths and other major situations in local and regional jails.”

The request for the investigators was spurred by the death of Jamycheal Mitchell in 2015. Mitchell, who suffered from schizophrenia, was placed in the Hampton Roads Regional Jail in Portsmouth, Virginia, after stealing about $5 of snacks from a 7-Eleven. Although a judge ordered that Mitchell, 24, be sent to a psychiatric hospital, he ended up staying in the jail for four months, losing 40 pounds, until he was found dead in his cell.

To fund the requests, McAuliffe proposed cutting funding for an upcoming commemoration of historical events at Jamestown. In 2019, the state will mark the 400th anniversary of the founding of the House of Burgesses at Jamestown, as well as the arrival of the first enslaved Africans in the English colonies.

The budgets being prepared by the House and Senate would provide $10 million for promoting and hosting the commemorative activities. McAuliffe suggested cutting that amount in half, to $5 million.
McAuliffe generally praised House and Senate leaders on the budgets they have crafted. Lawmakers still must work out differences in a conference committee and have both chambers approval a final budget before the legislative session ends Feb. 25.

Legislators must revise the second year of the $105 billion budget that the General Assembly adopted in 2016. That’s because tax revenues fell short of projections, causing a shortfall of more than $1 billion.

Both legislative bodies and McAuliffe agree that state employees and teachers deserve more compensation; however, they have proposed different ways to achieve this.

The Senate budget sets aside about $83 million to give K-12 teachers a 2 percent raise. In contrast, the House proposed taking $62 million from the state lottery and giving to local school boards to use for teacher pensions or salaries.

“While each chamber has chosen its own method for addressing teacher compensation, I applaud both for keeping our teachers in the mix for discussion during conference,” McAuliffe wrote in his letter.

He said education was another area of agreement.

In his session with reporters, McAuliffe, a Democrat, said Virginia’s budget situation is complicated by uncertainties in Washington over federal funding for Medicaid, the health care program for low-income Americans.

The federal Affordable Care Act encouraged states to expand Medicaid. But President Donald Trump and Republicans in Congress have vowed to repeal the ACA. This might involve replacing Medicaid with block grants to the states.

Virginia did not expand Medicaid under the ACA. The non-expansion states might receive smaller block grants than the states that expanded Medicaid, McAuliffe said.

“If they block-grant Medicaid, that is very problematic for the commonwealth of Virginia,” he said. 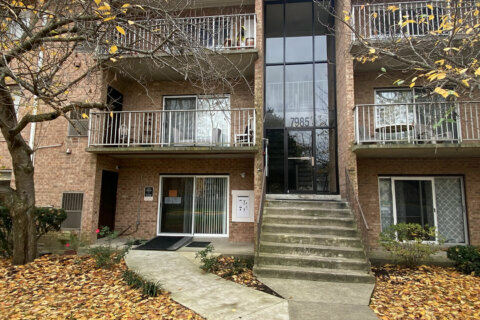