WASHINGTON — Virginia state Sen. Creigh Deeds is suing the state, a local mental health agency and a mental health worker over the suicide of his son two years ago.

In a lawsuit filed in November but only emerging now, Deeds argues that his son Gus Deeds was wrongfully denied treatment and released from emergency custody in the fall of 2013 shortly before stabbing his father 13 times and then shooting himself.

The suit filed in Bath County Circuit Court seeks $6 million for wrongful death and medical malpractice from the state, the Rockbridge Area Community Services Board and Michael Gentry, a mental health worker who evaluated Gus Deeds the day before the attack.

State officials declined to comment on a pending lawsuit.

About an hour before he was released, Gus Deeds’ mother Pamela Miller Mayhew “begged … to have Gus hospitalized,” the suit says.

“She told Gentry that Gus would kill Creigh and himself if he was not hospitalized. Gentry responded that Gus was a responsible adult, that he had missed his appointments with the (community services board), that Gentry did not know what more he could do, and that if Gus did kill Creigh, Gus would be institutionalized for a very long time,” the suit says.

The suit claims Mayhew also told Gentry, who was working as a mental health evaluator for the community services board, that the 24-year-old was suicidal.

As part of his job, Gentry was responsible for reaching out to any of 26 private inpatient facilities, five crisis stabilization units or three state facilities that take in mental health patients.

Gentry says he contacted 10 facilities, but the suit says phone records only show contact with seven.

“Two of the remaining three facilities Gentry claims to have contacted had beds available on that day,” the suit says.

There were also a series of missed communications due to incorrect fax numbers and other issues.

Because the local mental health agency had not found any beds, Gus Deeds was released when an emergency custody order expired.

The following morning, Gus Deeds attacked his father before the senator could escape. Gus then shot and killed himself.

“I am committed that my son’s needless death shall not be in vain, and that no other Virginia family suffer this tragedy,” the statement says.

The lawsuit cites a 2012 state report completed following the Virginia Tech shooting that highlighted problems with Virginia’s emergency mental health care system, and made recommendations to fix it. The lawsuit claims the Department of Behavioral Health and Developmental Services “failed to implement these necessary changes, despite its knowledge of the significant dangers and consequences.”

Among the outstanding recommendations the lawsuit highlights are an online registry that would update the number of available beds across the state in real time, better safeguards to prevent the release of people under temporary custody orders who may still be a danger to themselves and others, and increased consistency and coordination across community services boards and evaluators.

The suit says that the investigator looking into Gus Deeds’ death found that the state failed to act on the Virginia Tech report’s recommendations until after Gus Deeds’ suicide, and that Deeds might not have died if the recommendations had been implemented. But that finding was not in the published inspector general’s report, and investigator G. Douglas Bevelacqua resigned from the state inspector general’s office in March 2014.

As part of the wrongful death complaint, the suit says Virginia breached its duties to those in mental health crises by maintaining a “fragmented” mental health system with “no oversight or accountability.” 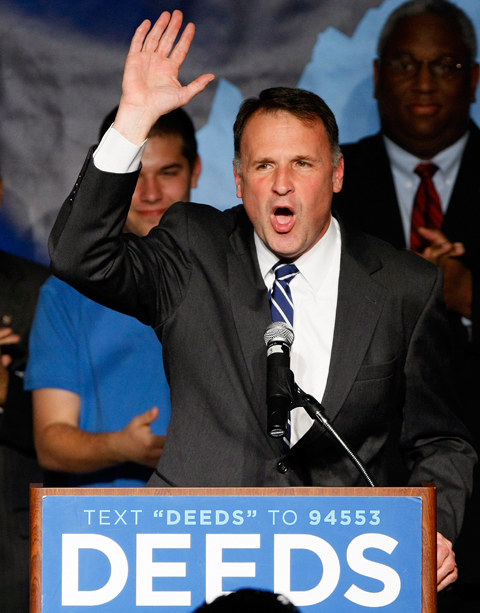