A new History Channel series about UFOs depicts a military pilot as he describes unidentified flying objects that appeared to follow his Navy carrier strike group for months, some within 50 miles of D.C.

“When I say it was following us, I don’t mean individual aircraft. I mean wherever we were, they were there. So that could mean two things. That could mean they were already there, or they were following the strike group,” said Graves in clips released ahead of the show’s first episode.

Graves said he reported the sightings to his superiors.

“Clearly this is nothing that we’re used to seeing up there, so we submitted a safety report saying that there was an unidentified object in our working space, and we don’t know what to do,” he said.

Another Navy pilot, Lt. Danny Aucoin, also saw the objects, which he said were missing crucial features for flight. “Really no distinct wings, no distinct tail, no distinct exhaust plume.”

The UFOs did show signs that they might be intelligently controlled.

“It seemed like they were aware of our presence because they would actively move around us,” Aucoin said.

“If people in the D.C. area knew that, within minutes of their location, these unidentified vehicles are operating seemingly without regard to our air defense capabilities, operating at will just minutes from the nation’s capital, I think they would say, ‘Uh excuse me, isn’t this something we ought to pay attention to?'” said Chris Mellon, a former Deputy Assistant Secretary of Defense for Intelligence.

Mellon is now part of To The Stars Academy of Arts & Science, a company that is working to collect evidence of UFOs and change our government’s attitude and policy toward them.

Also part of the company — and featured in the series — is Luis Elizondo, a longtime intelligence officer who led a secret, short-lived Pentagon program called the Advanced Aerospace Threat Identification Program (AATIP) that investigated UFOs. The program was revealed to the public in 2017. 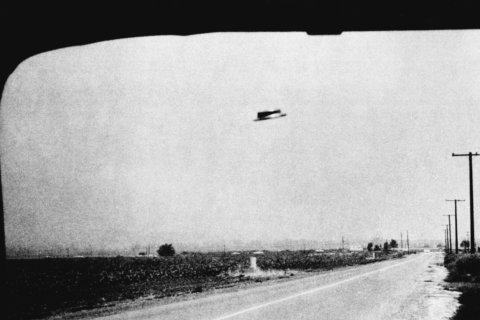 ‘Remove the stigma’: Navy changing its guidelines for reporting UFOs