A Reston, Virginia, man has been arrested in connection to an attempted rape Tuesday aboard a Silver Line train, Metro Transit Police said.

Roberts-Monticue is accused of trying to rape a woman onboard a Silver Line train between the McLean and East Falls Church stations, just after 11:30 a.m. Tuesday.

Transit police said the suspect got on at Wiehle-Reston East and allegedly physically assaulted a woman. She and her young child were the only other passengers in the rail car when it happened.

The suspect tried to remove the woman’s clothes and then exposed himself; the woman was able to get off the train at East Falls Church, where transit police responded. Transit police said the suspect then got off at Foggy Bottom in D.C.

Officials thanked the public for the anonymous tips that led to identifying Roberts-Monticue.

Roberts-Monticue is also facing felony charges of attempted rape and abduction with intent to defile in a separate case Wednesday, according to Fairfax County police.

Police said officers responded to the 11000 block of Reston Station Boulevard for the report of an abduction shortly before 8 a.m. Wednesday. The suspect, identified as Roberts-Monticue, grabbed a woman who had been working inside an apartment building and tried to sexually assault her.

Police said he ran away after the woman was able to fight him off.

Roberts-Monticue is being held in Fairfax County.

Editor’s note: This story has been updated to include the separate Fairfax County case for which Kendrie Roberts-Monticue is facing felony charges. 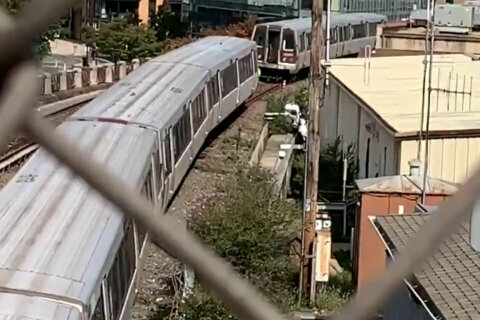