Virginia is joining Maryland to push back on proposed Metro fare increases for long-distance commuters.

“We are concerned that the proposed budget does not strike the appropriate balance of fare increases, Metrobus service cuts and new initiatives to drive ridership,” a draft letter due to be approved by the Northern Virginia Transportation Commission Thursday said.

The commission, which represents Virginia’s interests on the Metro Board, urges a slower, more incremental approach to service improvements even after cuts in recent years.

“While we appreciate WMATA’s efforts to keep jurisdictional operating subsidies affordable, the combination of proposed fare increases and service reductions balances the budget on the backs of long-distance riders and Metrobus riders,” the draft letter said.

The proposed budget would raise base rail fares 10 cents and raise the cap on the longest trips from $6 to $7. It would be the first fare increase in three years.

The commission is also concerned about Metro’s proposals to cut service on many bus routes and to charge an extra 25 cents to anyone who uses cash on the bus, even just to add money to a SmarTrip card.

Metro stood by those proposed bus cuts in an updated budget proposal provided to the Metro Board ahead of a meeting Thursday, along with plans to cut weekday rail service levels between 5 a.m. and 6 a.m.

“Fundamentally, this budget proposal asks our jurisdictions to fund a larger operating subsidy while receiving less service. We do not view annual cuts in Metrobus service as a sustainable solution,” the draft said.

They also oppose free transfers this year between trains and regular Metrobuses, since other local bus systems would be unable to match the $2 discount that effectively makes rail-to-bus transfers free within the Metro system. Currently, other local buses offer a 50-cent discount on transfers. The commission believes that different transfer polices could create confusion for riders.

Instead, the commission suggests incremental increases over several years, along with careful monitoring to see if the changes actually do anything to increase ridership. It also recommends renewed focus on purchasing and maintenance of Metrobuses, given consistent recent declines in reliability.

The commission also has concerns about restoring some of the late-night hours cut from the rail system, but said if there are any changes they should be permanent rather than considered for changes each year as maintenance practices improve.

Public comment on the Metro budget proposal is expected over the next few weeks. 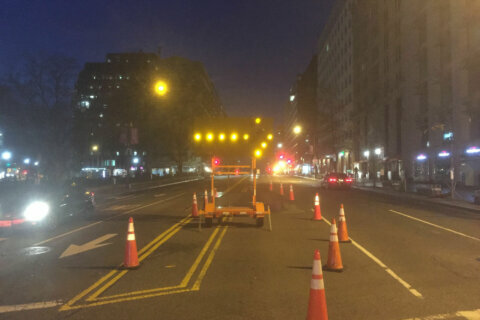