Three incidents on Metro in the last 60 days led to the discovery it was using a bad number to reach D.C. emergency dispatchers.

Three incidents on Metro in the last 60 days led to the discovery that the transit agency was using a bad number to reach D.C. emergency dispatchers.

On the evening of the Washington Nationals’ World Series victory parade — after most fans had made their way home on Nov. 2 — a manager in Metro’s Rail Operations Control Center or ROCC, called D.C.’s emergency line and was placed on hold, said Metro spokesman Dan Stessel.

The manager was reporting a possible fire at the Gallery Place-Chinatown station after a passenger said she saw smoke coming from behind the platform. The smoke turned out to be from a cigarette butt burning on some lamps.

But hold created a delay in dispatching D.C. Fire and EMS response; and when firefighters arrived, “By that point, the smoldering cigarette had ignited a small fire,” Stessel said.

And within two months, Metro managers were placed on hold when a rider was trapped in an elevator and again when another passenger was ill, Stessel said.

Aided by safety advocate Dave Statter, who provided radio call logs, Stessel said Metro looked at the delays and raised its concerns with the Office of Unified Communications or OUC, which oversees D.C. 911.

In a testimony to the D.C. Council’s Committee on the Judiciary and Public Safety, OUC director Karima Holmes said that Metro was using a number that routed its calls to a low-priority queue. She clarified that the calls were placed on hold only if the dispatch center was busy.

“Upon this discovery, OUC immediately provided the ROCC with an updated telephone number, which is the District’s highest-priority, seven-digit emergency number used by neighboring 911 centers in MD and VA,” OUC spokeswoman Wanda Royster Gattison said in a statement.

Both agencies agree that the problem probably persisted for so long because there was not a pattern as to when the calls were placed on hold. Anyone calling from a cellphone from inside Metro or using another way to reach D.C. 911 was connecting to the high-priority line, Gattison said.

“In addition to calling the updated seven-digit number, there are multiple other ways that the ROCC can report emergencies in D.C., including real-time, push-to-talk transmissions via radio with OUC dispatchers, by calling the D.C. Fire and EMS Fire Liaison Officer who is located on the OUC Operations floor, or by calling the OUC Watch Commanders’ direct line twenty-four hours a day,” Gattison said.

While it is possible for Metro to reach D.C.’s 911 dispatchers in other ways, Stessel said the preprogrammed phone number is the go-to for Metro’s managers in an emergency.

In light of the discovery, Stessel said Metro has verified that it has the correct number to reach emergency responders in every jurisdiction it serves.

OUC did not respond to WTOP’s request to confirm that it has reached out to reporting agencies to ensure that they are not using the low-priority number. 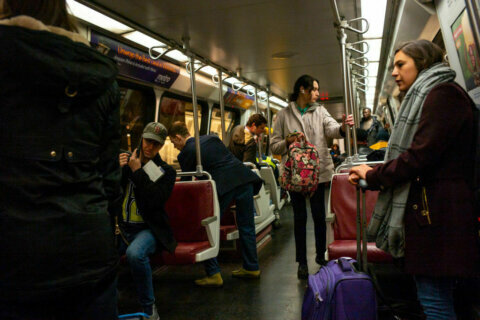