Metro plans to sell corporate naming rights for Fairfax County’s Innovation Center Metro station on the forthcoming Silver Line extension to Dulles International Airport and Loudoun County — a station that may no longer be called Innovation Center at all.

The Metro Board is set Thursday “to allow a Fortune Global 500 Company to sponsor and rename the new Innovation Center Metro station on the Dulles Corridor,” according to documents prepared for the board.

“A unique and time-sensitive opportunity has arisen where a Fortune Global 500 Company, currently in negotiations to lease headquarters adjacent to the new Innovation Center Metro station has expressed interest in being the corporate sponsor for this new station,” the Metro documents said.

Acting now would set expectations for the costs of naming other stops, office buildings or entire rail lines.

The deal still must be finalized, which is why Metro has not disclosed the name of the company.

The deal would mean the Innovation Center station opens next year with a different, sponsored name, which could signal a willingness not just to add sponsors’ names to existing stations but also to rename them entirely if the price is right.

Metro is aiming to offset lost revenue due to ridership declines, with the goal of staying within new cost caps and reducing the need for fare increases. 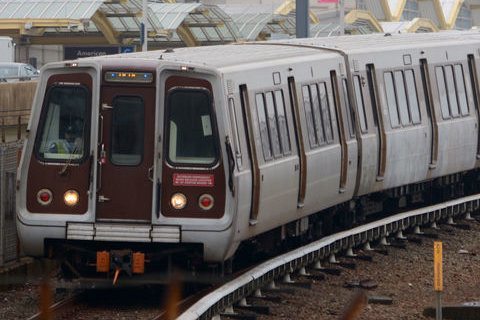