WASHINGTON — Metro’s plans to keep white supremacists separate from other riders this weekend are still under review, but the agency attempted to clarify Monday that there are no plans for a “special train” for the group.

In a statement Monday, Metro said it continues to work with law enforcement agencies on security surrounding Sunday’s “Unite the Right” rally that comes one year after a man police said had ties to white supremacist groups plowed a car into a crowd in Charlottesville, Virginia, killing 32-year-old Heather Heyer.

D.C. police security plans focus on keeping attendees of the “Unite the Right” rally separate from counterprotesters and other riders, something police in Charlottesville failed to do last year.

Several people familiar with the discussions said one option on the table is closing off a specific car and only opening it at a specific station where police can escort a group on and off the train.

“To be absolutely clear, Metro is not preparing a ‘special train’ for the private use of any group,” Metro’s statement said.

Metro Board Chairman Jack Evans went further this weekend to say there would be no separate cars either, but the transit agency said he was not involved in specific security planning.

It is unclear how many people will attend the “Unite the Right” event, which has requested a permit for Lafayette Park across from the White House. It is also unclear how many counterprotesters may attend.

Rally organizer Jason Kessler requested a parade permit from Foggy Bottom Metro to Lafayette Park that would see the “Unite the Right” attendees gather at Foggy Bottom between 2 p.m. and 4:30 p.m. Sunday before marching down F Street, 17th Street and Pennsylvania Avenue Northwest to the area by the White House.

They would march back to Foggy Bottom around 7 p.m. He estimated 300 people would participate in the march.

Kessler had also requested a permit for McPherson Square as a potential gathering spot for the rally that could include speakers such as white supremacist David Duke.

Four counterprotest groups have requested their own permits, including the Metro DC Democratic Socialists of America seeking to protest on the White House sidewalk after marching over with an estimated 1,000 people from Freedom Plaza.

Another person has promised to burn a “Confederate/Nazi” flag, and another application asks for a permit to meet for an interfaith prayer service with about 100 people near Judiciary Square before marching to Freedom Plaza.

The fourth application seeks space for 100 to 500 people in Lafayette Park, on the White House sidewalk, or in Farragut or McPherson Square, to “stand against fascism and white supremacy.”

The National Park Service has yet to formally issue permits for any of the requests, but they could be issued as late as Friday or Saturday, if security plans are not settled sooner.

Many Metro riders could face long waits this weekend, with Farragut West, McPherson Square and the platform for the Blue, Orange and Silver lines at Metro Center closed as the transit agency sets up a 16-day round-the-clock work zone.

Kessler had originally planned to have “Unite the Right” attendees get off at McPherson Square, but the Metro shutdown has extended the planned march route.

Blue Line trains are only scheduled to run between Franconia-Springfield and Arlington National Cemetery from Aug. 11 to Aug. 26, with no service to or from Rosslyn and no replacement shuttle bus option.

Trains on the Orange and Silver lines are scheduled to run less frequently than usual at stations that are open, but Metro said those trains will run every 12 to 15 minutes this weekend rather than every 20 minutes planned during rush hours for the next two weeks.

This weekend, those trains are scheduled to run in two segments, one from Vienna or Wiehle-Reston East to Foggy Bottom and the other from Federal Triangle to Largo Town Center or New Carrollton.

Separately, Rhode Island Avenue and Brookland stations remain closed on the Red Line through Labor Day. Red Line trains run in one segment between Shady Grove and NoMa-Gallaudet, and a second segment between Glenmont and Fort Totten. The last inbound Red Line train from Glenmont leaves 30 minutes earlier than usual for the duration of this work zone.

For Red Line riders, limited shuttle buses run between Fort Totten, Brookland, Rhode Island Avenue and Fort Totten, but riders not getting off at those stations should use trains on the Green or Yellow lines to and from Fort Totten instead.

There is no track work planned on the Green or Yellow lines.

“All customers are reminded to abide by Metro rules, and note that prohibited items such as large coolers, combustible liquids, explosives or any item inherently dangerous will not be allowed on the system,” Metro said. 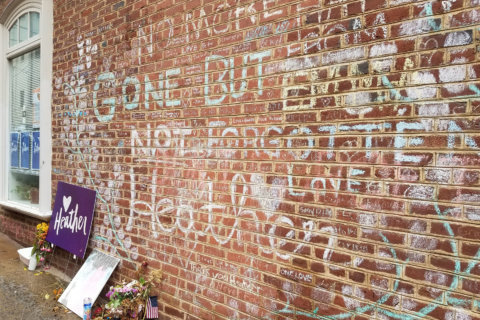 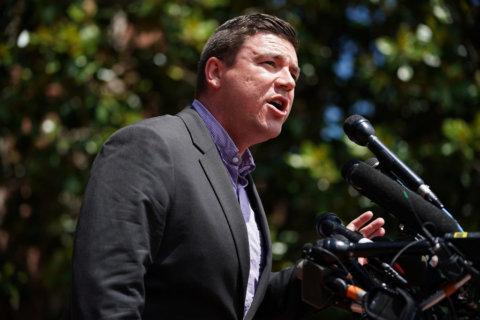