Metro is getting better, but has much more room for improvement, the transit system's leaders said as they looked back on 2017 and forward to the new year.

WASHINGTON — Metro is getting better, but has much more room for improvement, the transit system’s leaders said as they looked back on 2017 and forward to the new year.

“When’s the last time we had a fire? I mean, we used to have a fire every week,” Metro Board Chairman Jack Evans said earlier this month.

“We were in a free fall, so I think … the last year at Metro, we’ve stopped the free fall and now we’re better. We’re not anywhere near where we want to be, but we’re better, and that’s a good place to be, given where we were,” he said.

About 18 months ago, Metro started more than a year of regular, round-the-clock shutdowns and single-tracking, and cut back operating hours.

“We were telling people not to use the system so that we could get out there and fix it. So, we’ve moved beyond that, but we will have issues, as with the Red Line, or the entire system, where we say we have to do major capital projects,” General Manager Paul Wiedefeld said after the final Metro Board meeting of the year.

“Major capital projects” mean round-the-clock shutdowns or extensive evening and weekend work. While the next 24/7 shutdown is scheduled for May, Wiedefeld said he would not hesitate to schedule more before then if any safety issues are discovered.

“I think most people, even though they’re inconvenienced for that moment, that time, they do understand. They’d rather be safe than have us push this off, because, again, I think that is what got us into the situation we got into,” Wiedefeld said.

“From a customer perspective, I do know that we’re providing better service,” Wiedefeld said. “I’m very proud of our employees for all they’ve done over the last year to move as many things as we have moved in the direction we want them to go.”

“We still have a long way to go, that is without a doubt.”

The goal has been to make Metro good again.

Evans, who is also a D.C. Council member, acknowledged that when track problems or other incidents lead to single tracking, riders can still face lines that are “kind of a messed-up place,” but said there are not as many incidents that are scary to riders.

“So, we still have these major inconveniences and will continue to have it, but I think you’re seeing a system that is better … and I think that that’s an achievement for all of us, and I think we’re going to continue to get better,” Evans said.

Metro has made some efforts meant to make the system more attractive to riders, including ongoing testing of background music in stations, clearer announcements in stations by automated voices, and newly rolled out Wi-Fi at 24 additional underground stations mainly along the Red, Orange and Blue lines for a total of 30 stations with the network access.

Other underground stations are due to have Wi-Fi access by mid-2018.

His most immediate focus is financial changes for the agency, including a push for more privatization of operations, even though it is not clear whether or not the privatization would result in long-term savings.

In the case of a budget crunch, Wiedefeld and Evans agreed Metro would not skimp on safety-related capital projects. That means service could be cut instead, fueling what outgoing Virginia Gov. Terry McAuliffe called a possible “death spiral.” 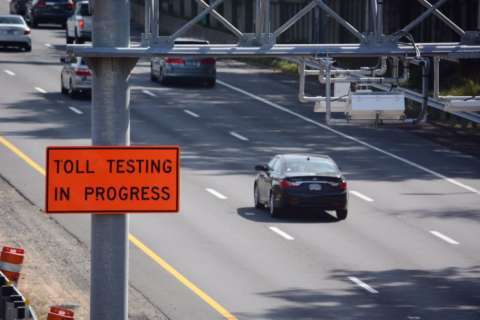