Metro trains are vibrating some homes in D.C.’s Petworth neighborhood, but Metro believes the shaking isn’t enough to cause structural damage. The preliminary results of a study say that the new 7000-Series trains aren't necessarily to blame. They haven't, however, yet figured out what's causing it.
Listen now to WTOP News WTOP.com | Alexa | Google Home | WTOP App | 103.5 FM

WASHINGTON — Metro trains are vibrating some homes in D.C.’s Petworth neighborhood, but Metro believes the shaking isn’t enough to cause structural damage.

The preliminary findings, by a consultant hired to investigate claims of trains shaking houses, come from a letter from Metro General Manager Paul Wiedefeld to D.C. Councilmember Brandon Todd on the issue.

The investigation was launched after some residents came forward claiming Metro’s new 7000-series train cars are causing their homes to tremble.

Vibration studies were conducted in homes near the stretch of the Green Line in question, and, according to Wiedefeld, four in 10 houses experienced levels above Metro’s self-imposed limits.

The investigation did not, however, indicate Metro’s newest trains were the only culprit. Wiedefeld wrote that two-thirds of the trains which produced elevated vibration levels were older model trains.

The consultant conducting the study, Wilson Irhig, also found that only 10 to 15 percent of the trains which passed the testing locations exceeded acceptable vibration levels.

Wiedefeld said Metro inspections didn’t show that the conditions of rail cars or tracks led to the higher levels.

The letter also didn’t include any solutions for lessening the vibrations.

“WMATA continues to analyze track conditions, car design and car maintenance to identify the cause or causes for the elevated readings,” Wiedefeld wrote.

The final report on the study is expected to be released early next year. 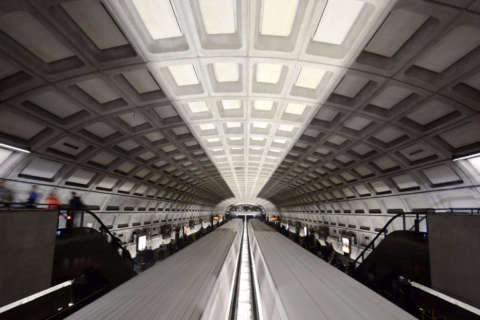