WASHINGTON — What is making homes shake near Metro tracks?

“Some of the issues have been surrounding the [7000 Series trains]; we’re going to see if that is the actual fact, so I think that’s important that we do that,” said Wiedefeld, referring to Metro’s new, heavier rail cars.

The dynamic envelope is how far the train leans back and forth while moving along the tracks or around a curve. The new trains are also made of different materials than the older cars.

In December, federal inspectors found many special fasteners meant to reduce vibrations from trains along part of the Green Line had snapped off, sometimes just days after being installed.

Fasteners hold the rail in place; other types, which are not meant to absorb extra vibrations, had not broken off in the area.

The Federal Transit Administration inspectors suggested the added weight of the new trains — each car is about 2,000 pounds heavier than older models — and the acceleration and braking of trains pulling in and out of the Petworth station may be contributing to the relatively new vibrations.

Wiedefeld said Metro had just approved the scope of the outside contractor’s work for the investigation, so a definitive answer will take more time.

“They basically will be reaching out to members in the community to monitor their homes,” he said.

“What will come from that, we’ll address as we find it,” Wiedefeld promised. 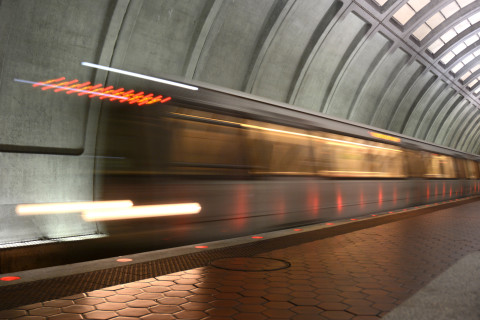