Metro is applying for a grant that would start the process "to address capacity issues at Rosslyn station," which could include a new Blue Line station there, as well as a rail line through Georgetown.
Listen now to WTOP News WTOP.com | Alexa | Google Home | WTOP App | 103.5 FM

WASHINGTON – Metro wants to more seriously consider building a new Blue Line station in Rosslyn that would include a new rail line through Georgetown, as part of a plan that has been on Metro’s long-term list of priorities for several years.

On Thursday, the Metro Board is scheduled to back an application to the Northern Virginia Transportation Authority for $2 million to “begin the process to address capacity issues at Rosslyn station as well as reliability issues” throughout the Blue, Orange and Silver Line corridors.

The money, which is available for projects that have been included on the authority’s Transaction regional priorities list, would go to analyze and identify specific options for where to build a new station and any additional tracks.

Metro’s 2013 plan for what the system could look like in 2025 and 2040 offered alternatives to a new Rosslyn station, including rerouting the Orange and Silver lines south toward the Pentagon without stopping at Rosslyn.

The authority’s priority list describes the total project to realign Metro’s Blue Line as one that would bring a new Blue Line station in Rosslyn to allow more trains through on all three lines. While the station could be built separately at first, the long-term plan over coming decades would be to continue the tracks through a new tunnel under the Potomac River to Georgetown, where the line would turn along M Street toward Union Station. The new Rosslyn Station could have a connection allowing riders to walk between the Blue Line and Orange and Silver Line platforms.

The project, which would be expected to cost billions of dollars, is not included in the minimum additional financial needs for Metro as outlined by General Manager Paul Wiedefeld. Regional leaders have not been able to agree on how to provide even Wiedefeld’s requested level of additional capital maintenance, repair and upgrade funding.

The full Metropolitan Washington Council of Governments Board could endorse a short-term stopgap funding plan Wednesday ahead of next month’s General Assembly sessions in Maryland and Virginia.

Metro is also separately applying to NVTA for $94.7 million more to continue power upgrades that could eventually allow all Blue and Orange Line trains to be eight cars long at rush hour.

The Metro Board must approve the grant applications Thursday, since the NVTA’s window for applications closes Friday.

The authority expects to compile those applications into a proposed six-year regional funding plan next month. 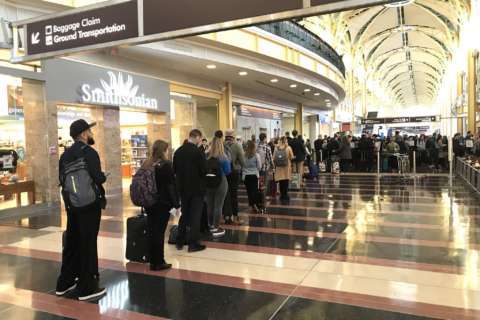