Mayor Muriel Bowser will announce Friday that the city and Metro Transit Police have partnered to "increase adult supervision" at a number of Metro stations and a major bus corridor as D.C. students go back to school next week.
Listen now to WTOP News WTOP.com | Alexa | Google Home | WTOP App | 103.5 FM

As part of the District’s Back to School Safety Campaign, Mayor Muriel Bowser is set to announce Friday that the city and Metro Transit Police have partnered to “increase adult supervision” at a number of Metro stations and a major bus corridor.

The District government pays for all 70,000 or so students in public and public charter schools to ride Metrorail, Metrobus and the D.C. Circulator during the school year. Students or their families must register the student’s DC One Card (school identification), so it can be used to tap in and tap out of the Metro system.

Metro is stepping up overall efforts to get even those entitled to free rides to tap in and tap out, to better track ridership and crack down on fare evasion.

Where the extra supervision is planned

The Safe Passage Program will include additional watchful adult eyes along the Good Hope Road Southeast corridor, and on the rail system at:

Over the last two years, Metro Transit Police have attempted a number of changes to deal with safety concerns tied to teenage riders and others across the system.

Class is in session: Here’s when kids in the DC area head back to school 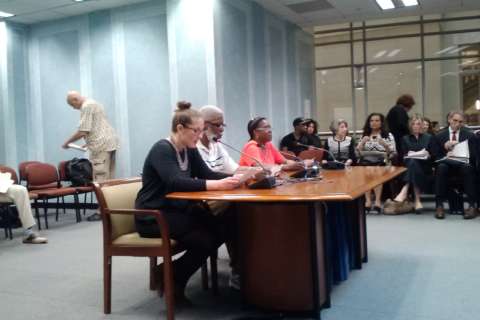 3.8 million free rides on Metro as students skip through